As the hydrogen train market builds momentum, the Vancouver-based fuel cell maker will integrate its technology into a new line of light commuter trains 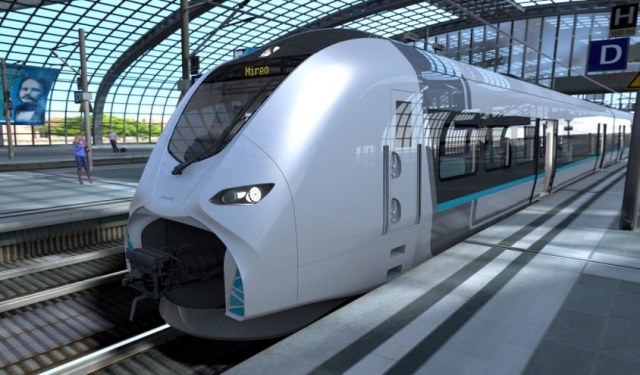 VANCOUVER—After a long time on the drawing board, the hydrogen train market is finally building up some forward momentum.

Last week French engineering firm Alstom signed a deal to build 14 fuel cell-powered trains for a German rail company. Today, not to be outdone, rail competitor Siemens has taken a step toward entering the hydrail business.

The deal, which is worth approximately $9 million, will see Ballard build a 200 kilowatt fuel cell engine that can be integrated into a new light rail train. Siemens said the deal is a step toward replacing the diesel-powered trains currently stalking rail lines around the world with emissions-free vehicles.

“In this application, fuel cells enable electrification with range, without the need for costly catenary wire infrastructure,” Randy MacEwen, Ballard’s president and CEO, said in a statement.

The new Siemens vehicle is expected to reach speeds of up to 160 kilometers per hour (100 miles per hour) and consume about 25 per cent less energy than diesel trains of the same size, largely due to lighter weight components.

The Munich-based train maker plans to have the new hydrogen-powered train ready for the rails in 2021.