Ballard plans to deliver the modules ordered by Siemens for the trial operation in Bavaria in 2022. 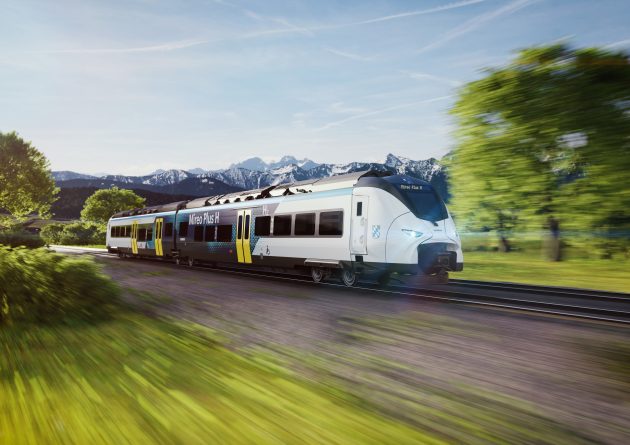 VANCOUVER — On Jul. 15, Ballard Power Systems announced that it has received a purchase order for two of its 200-kilowatt (kW) fuel cell modules from Siemens Mobility GmbH to power a 2-car Mireo Plus H passenger train through a trial operation in Bavaria, Germany. As per Ballard’s announcement in November 2017, the 200kW fuel cell module has been developed and tested under a multi-year Development Agreement with Siemens, in order to provide primary propulsion power for the Mireo Plus H light rail train. Ballard plans to deliver the modules ordered by Siemens for the trial operation in Bavaria in 2022.

Albrecht Neumann, CEO Rolling Stock, Siemens Mobility said, “Siemens Mobility is a leading supplier in the development of alternative drives, which can contribute significantly to reducing emissions, especially in regional transport where there are no electrified overhead lines. The technology partnership between Siemens Mobility and the State of Bavaria enables the further development of the Mireo Plus H for Bavaria and supports climate-friendly passenger transport in the state.”

Rob Campbell, Ballard Chief Commercial Officer noted, “The trial operation in Bavaria is an exciting development in our ongoing work with Siemens for its Mireo Plus H passenger train. Development and testing of our 200-kilowatt module for the train has been successfully completed and operation in Bavaria is an important step toward commercialization of the train. Both passenger and freight trains – with their heavy payloads and requirements for long range and rapid refueling – represent important opportunities for which fuel cells are an ideal zero-emission solution.”

The Bavarian State Ministers for Economic Affairs and for Transport support the testing in Bavaria of a hydrogen-powered train. The 2-car Mireo Plus H train is to be tested on the Augsburg- Füssen route, among others, in 2023. Pilot operation in the rail network of Bayerische Regiobahn (BRB) is initially planned for 30-months, with the train stationed in Augsburg during the trial.

The Mireo Plus H platform is a modular commuter train designed to operate on non-electrified rail lines, at speeds up to 160 kilometers per hour (100 miles per hour) over a range of up to 800 kilometers (500 miles). Ballard fuel cell modules are mounted on the roof of the train and work in conjunction with batteries installed beneath the floor. Thanks to lightweight design, energy-efficient components and intelligent onboard network management, the train consumes up to 25% less energy than today’s trains with similar passenger capacity. The Mireo Plus H will be presented to the public in the spring of 2022, with test runs in Bavaria planned for 2023 before it officially enters passenger service in 2024.