Hydrogen trains get foothold on German rails, to start ferrying passengers in 2021

Built by French engineering firm Alstom, the fuel cell-powered Coradia iLint has a range of 1,000 km and can travel up to 140 km/h, emitting only water vapour 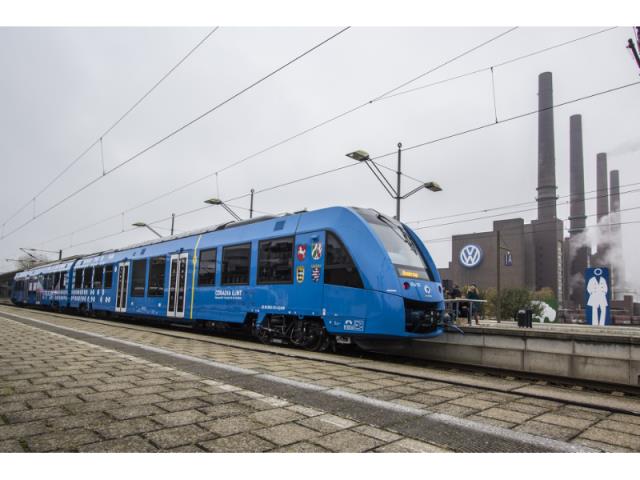 The initial order for 14 fuel-cell trains is an important first major step for the hydrogen technology that offers an alternative to electrified rails. PHOTO: Alstom

BERLIN—Commuters in northern Germany will be able to travel on the world’s first hydrogen-powered trains in four years’ time.

The trains, which emit only water vapour, will replace diesel trains currently operating on the rail lines.

“From now on there will be a real alternative to diesel trains in non-electrified rail transport,” said Olaf Lies, Transport Minister for Lower Saxony. “Hydrogen and fuel cells are an ideal combination for climate protection as well as for the energy and transport revolution.”

The trains will begin operating on routes between Cuxhaven, Bremerhaven, Bremervoerde and Buxtehude from December 2021.

Alstom did not release the value of the 14-train contract, but said the Coradia iLint trains will have a range of up to 1,000 kilometres (621 miles) and a maximum speed of 140 kilometres per hour (87 mph). The company began testing its hydrogen train in Germany last year; it uses fuel cells designed by Canada’s Hydrogenics Corp.

Like diesel trains, the iLint can travel freely on non-electrified rails, eliminating the need for overhead wires.

There are plans to produce the hydrogen using electricity from Lower Saxony’s many wind turbines.