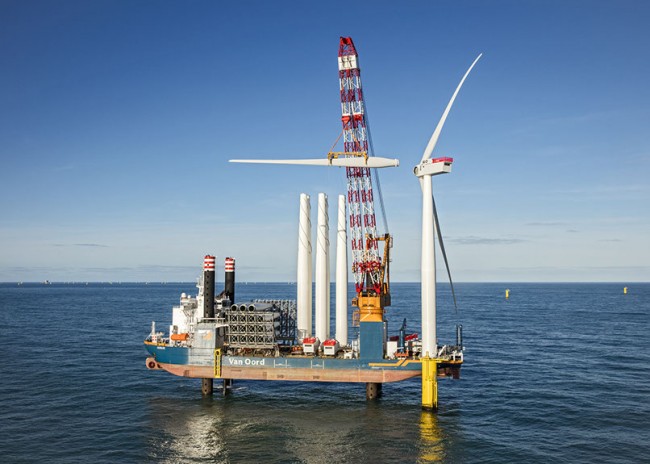 Located in the North Sea off the northern coast of Netherlands, the project will eventually cover 34 square-kilometres and produce enough electricity to provide 1.5 million Dutch residents with clean power.

“To have the first turbine up and running represents another critical achievement on our first offshore construction project,” John Brace, Northland’s CEO, said. “This significant milestone follows construction of the electric infrastructure in 2015, and installation of the turbine foundations in only 110 days.” 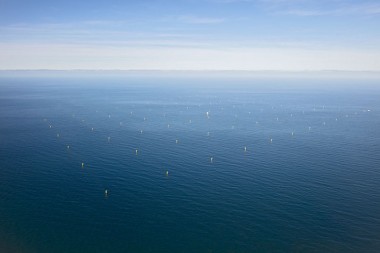 The foundations for the 150 turbines was completed last Oct. Crews will now continue work installing the towers and blades, with completion expected next year. PHOTO: Gemini Windpark

A Toronto-based developer, Northland owns a 60 per cent stake in the project; Siemens Financial Services owns a 20 per cent stake, while Dutch maritime contractor Van Oord and renewable energy and waste processing firm N.V. HVC round out the consortium, each holding a 10 per cent interest.

Located in a region renowned for its high, consistent winds, Northland was able to finance the project with the help of Export Development Canada, which provided 92.4 million euro in financing through its green bond program.

With the first turbine producing power, the companies will continue installing turbines throughout the rest of the wind park. The foundations for all 150 towers were completed last Oct. Turbine installation is expected to continue through 2016 with the project reaching completion next year.

Northland said Gemini remains on schedule and on budget.