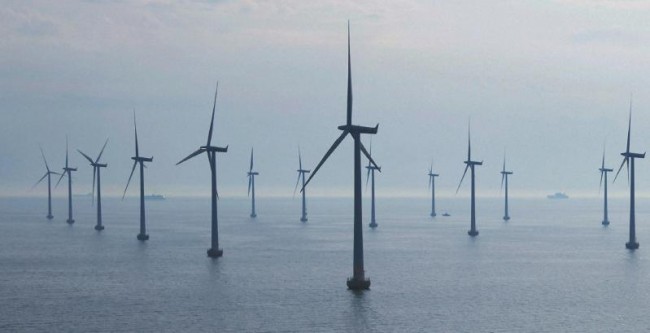 One of the major projects EDC undertook through its green bond program was providing 92.4 million euro in funding for the Gemini Wind Farm. The project is scheduled to be completed in 2017 and being led by Toronto-based developed Northland Power Inc. PHOTO: Siemens

The trade finance agency has announced it has priced a new US$300 million, 1.25 per cent fixed-rate green bond.

“The demand for sustainable investment products is rising in the international capital markets community,” Ken Kember, senior vice-president of Finance and CFO of the EDC, said in a statement. “EDC is doing its part to sustain this upwards trend with this new Green Bond offering.”

The new issue will complement the self-sustaining crown corporation’s inaugural green bond, which hit the market Jan. 2014 and received significant support from the investor community.

“There’s a growing interest in green and sustainable technologies in investing, especially in Canadian companies,” Darren Poole, senior analyst for environmental assessment at EDC, said in an interview.

“It’s a good way for us to support Canadian industry [and] to facilitate cleantech business,” he added.

Along with supporting traditional cleantech firms, proceeds from the offering will boost Canadian companies that provide goods and services for green projects overseas as well as support Canadian investors and energy companies, allowing them to expand their breadth internationally. 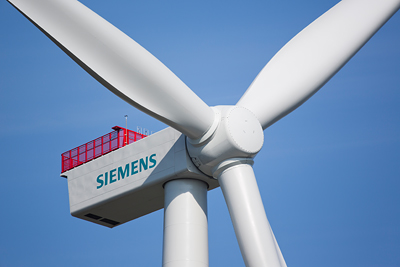 Prototype of the 4-megawatt capacity turbines Seimens will deliver to the Dutch offshore wind power plant in the North Sea. The company is a co-developer on the project and will provide 150 turbines. PHOTO: Siemens

One of the green bond program’s key projects has been providing Toronto-based energy developer Northland Power Inc. with 92.4 million euro in financing that has gone toward the development and construction of Project Gemini, a 600 megawatt offshore wind farm in the Dutch North Sea.

When completed in 2017, the massive site will be the largest offshore wind farm in the North Sea and the second largest in the world.

“It represents a lot of the things we hope to achieve by issuing the green bond,” Poole said of the project. “Obviously it’s directed specifically toward green energy. It supports a Canadian power developer, so it fulfills our mandate to help Canadian businesses do business abroad.”

Globally, EDC’s $300 million issue represents just a fraction of the burgeoning green bond market. A record $36.5 billion in green bonds were issued in 2014, according to Moody’s. Meanwhile, with the buildup and optimism surrounding the ongoing Paris climate conference, the credit rating agency expects green bond volume in 2015 will overtake last year, reaching more than $40 billion by the end of December.