Nordsee One project off German coast on track for 2017 commissioning 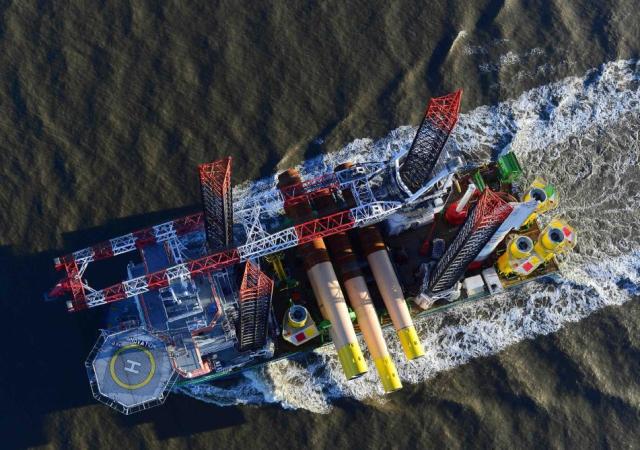 Crews transport foundation materials to the wind site off Germany’s coast during the construction phase. PHOTO: Nordsee One

TORONTO—Construction crews at Northland Power Inc.’s Nordsee One wind project have completed their work on the wind farm’s 54 turbine foundations on-budget and six weeks ahead of schedule.

Located approximately 45 kilometres off the German coast in the North Sea, the 332 megawatt site is one of two offshore projects in the region Ontario-based Northland Power is currently developing. The company reached a similar construction landmark on its Gemini project last month, bringing the first of 150 turbines online.

Like the Gemini project, Nordsee One, which will house 54 turbines, is scheduled to be completed next year. With the 70-metre, 900-ton foundations now in place, the installation of inter-array cables and the offshore substation will begin shortly. The wind turbines are slated to be erected in early 2017.

“Completion of the foundation installation is an important project milestone, and I’m pleased to report that the project remains on time and on budget,” John Brace, the company’s CEO, said.

Once completed, the project is expected to produce enough energy to power the equivalent of 400,000 German households.

Northland owns an 85 per cent interest in the project, which it acquired in 2014, while RWE International SE holds the remaining 15 per cent stake.