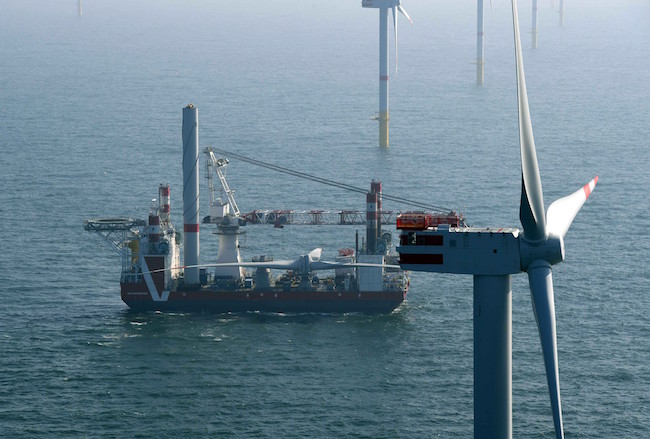 Installation of the final wind turbine at the 332 megawatt clean energy site off the German coast. PHOTO: Northland Power

TORONTO, Ont.—Northland Power Inc. has finished installing the 54th and final wind turbine at its new Nordsee One wind project about 40 kilometres off Germany’s northwest coast.

The 332 megawatt site covers 41.3 square kilometres and will produce enough power to electrify the equivalent of about 400,000 German homes when fully operational.

The new wind farm is the company’s second major offshore wind project; its first, the 600 MW Gemini wind farm also in the North Sea, was commissioned earlier this year.

As Europe’s offshore wind industry continues to boom and Northland pushes Nordsee one toward completion, the Canadian company has also started work on a third European offshore wind project. It acquired the 252 MW Deutsche Bucht project earlier this year and expects to complete the offshore site by 2019.

With all turbines in place at Nordsee One, Northland plans to commission the 332 megawatt wind farm by the end of the year.