Feds, province commit $64M to pave another stretch of one of Canada’s loneliest roads

Governments say project will incentivize tourists to venture north, allow for freer flow of goods to and from Labrador 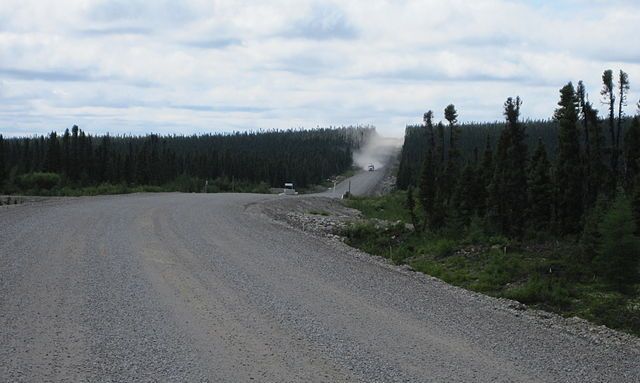 The government of Newfoundland and Labrador has spent years paving the isolated highway north of Quebec. PHOTO: Guyvail, via Wikimedia Commons

MARY’S HARBOUR, N.L.—The Canadian and Newfoundland and Labrador governments are preparing to pave another stretch of one of Canada’s most isolated roads.

The two tiers of government have announced they will invest $63.8 million in joint funding to upgrade 160 kilometres of the Trans-Labrador Highway, which is the only over-ground link between towns in the sparsely-populated region.

“The Trans-Labrador Highway is critical to our communities and our government remains committed to the completion of the highway,” Lisa Dempster, MHA for Cartwright-L’Anse au Clair, said. “This transportation link not only benefits residents and businesses of Labrador but it is vital to the economy and success of the entire province.”

Running nearly 1,200 kilometres through the wilds of Labrador—from the border with Northern Quebec to Red Bay on the east coast—the province has been working for years to pave and widen the highway. Nearing completion on the major infrastructure project, the latest investment will upgrade a 160 km segment of Route 510 between Red Bay and an intersection close to Charlottetown, N.L.

The governments say the project will encourage tourism in the remote northern region while saving the region’s residents money on vehicle upkeep and increasing driver safety. They also expect the project will reduce long-term highway maintenance costs and make it easier for companies to import and export goods from the region.