Proponents estimate an annual payroll of $76 million, but residents fear the dangers of shipping coal through their neighbourhood 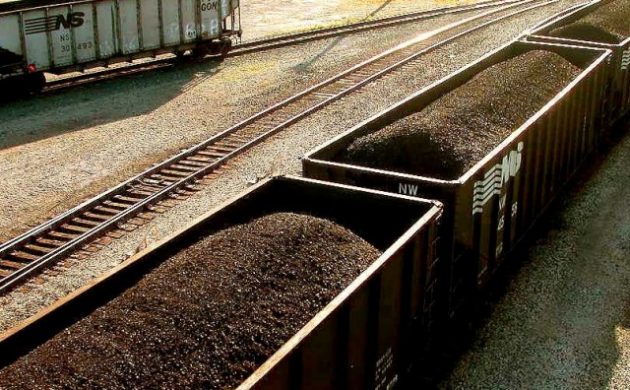 OAKLAND, Calif.—An Oakland city council hearing to determine whether rail shipments of coal would pose a public health hazard started Monday night with an audience packed with supporters and opponents of the plan.

A yes vote by the Oakland City Council could scuttle the plan to build a marine terminal that would serve as a gateway for Utah coal heading to Asia.

Detractors highlight the environmental dangers of bringing millions of tons of coal through the area while supporters tout the economic benefits.

Before the meeting, more than 150 people on both sides held boisterous rallies full of song and chants.

Even the project’s developers have conceded that the council will likely vote to ban coal shipments. A lawyer for the Oregon Bulk and Oversized Terminal sent the council a letter detailing potential legal consequences.

“Politically, no quantity of handling coal or petcoke under whatever extraordinary standard will be tolerated,” said David Smith. “While that may accomplish a political outcome, it is only the first steps towards an unfortunate legal outcome.”

Jerry Bridges, chief executive of potential marine terminal operator Terminal Logistics Solutions, said jobs are the biggest issue and any environmental impact will be mitigated by transporting coal in covered rail cars that are unloaded underground.

“The only jobs that are here are jobs around Uber and Google and jobs that people who look like me generally don’t get,” said Bridges, who is black. His company, Terminal Logistics Solutions, has an option to operate the Oakland Bulk and Oversized Terminal.

Proponents estimate an annual payroll of $76 million, with union jobs for mechanics, engineers, control room operators and such. Pay could range from $41,000 to over $100,000.

On the other side is the International Longshore and Warehouse Union, which opposes the shipment of coal.

West Oakland resident Jessie Poggi, a teacher, said she and her husband will likely move if the terminal is allowed to ship coal. The hum of freeway traffic is audible from her kitchen.

“I feel that Oakland really sells itself short as a city. There’s so much promise and talent here, and I would love to see Oakland think more forward, toward renewable energy,” she said. “This is a step in the wrong direction.”

State Sen. Loni Hancock, D-Berkeley, who has introduced bills to slow or derail the project, said putting the largest coal export depot on the West Coast in the middle of a disenfranchised community that already suffers from environmental pollution is “devastating on so many levels.”

California Gov. Jerry Brown last year signed legislation requiring two massive public pension funds to sell off stocks from companies that get more than half their revenues from mining coal. He is a vocal advocate of reducing greenhouse gas emissions.

In 2012, Brown signed a resolution urging the federal government to restrict the export of coal to any country that fails to adopt regulations for greenhouse gas emissions.

But Brown, a former Oakland mayor and friend of Phil Tagami, the project’s master developer, has been silent. A spokeswoman for Brown declined to comment.