Province's new publicly-owned toll roads will offer some discount to privately-held 407 ETR, but drivers should not expect a free ride 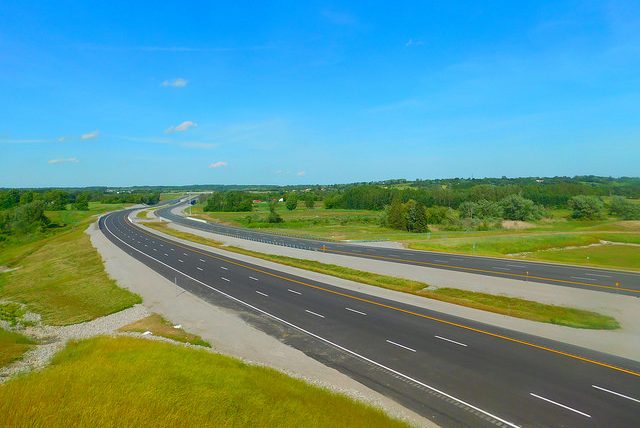 In time for the morning commute June 20, the province has swung open the gates to the first stretch of its new Highway 407 East project. Ontario drivers can now make their way along the new publicly-owned 407 East from Brock Road in Pickering, Ont. to Harmony Road in Oshawa, Ont., as well along the new Highway 412, which connects Highway 401 with the Highway 407 extension.

“Our government is pleased that we could complete this critical piece of infrastructure that will serve residents of the Durham Region for years to come,” Bob Chiarelli, Ontario’s minister of Infrastructure, said. “This project, part of the largest infrastructure investment in our history, not only supported local construction jobs, but will deliver an important new highway link for the province.”

The province said the new highway will help manage congestion as well as support economic growth northeast of Toronto.

Drivers looking for a free ride need to act quickly, however. The two new stretches of Highways 407 and 412 are toll-free until the end of the year, but the government will institute tolls along each route at the beginning of 2017. However, unlike the existing 407 Express Toll Route (ETR), which was controversially privatized in 1998, the government says the new highways will remain in public hands.

Queen’s Park has also committed to keeping tolls on the routes lower than those seen on the 407 ETR. Inaugural passenger vehicle prices for the 407 East and 412 are set at 29 cents per kilometre at peak times, compared to 38 cents/km at peak times along the 407 ETR. Meanwhile, the province has established a system to allow drivers to use one transponder to transition between the new publicly-owned routes and the 407 ETR while receiving a single invoice.

The first phase of the 407 East project cost approximately $1 billion.

The next stage of the project will extend the 407 farther east to Taunton Road and the new Highway 418 by next year, and to Highway 35 and Highway 115 by 2020. The second stage of the toll road expansion will cost approximately $1.2 billion.