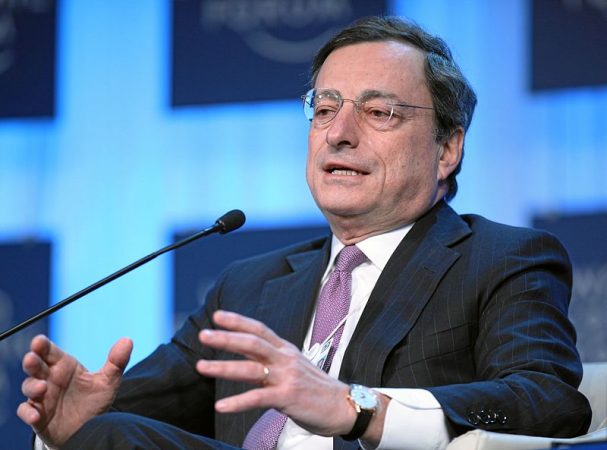 SINTRA, Portugal—European Central Bank President Mario Draghi is calling for world leaders to agree on what ails the global economy and take more concrete action to promote growth and jobs.

Draghi said in a speech Tuesday at an ECB conference that the current slow-growth world of high savings, low investment, and weaker productivity could be tackled with pro-growth policies such as more public spending.

He said the key is a “shared diagnosis” and “alignment” rather than formal co-ordination.

Countries might take different actions but “the sign of the effect on global growth needs to be positive,” he said.

Central banks, including the ECB, Bank of England, Bank of Japan, and the U.S. Federal Reserve have carried out massive stimulus efforts involving very low or negative interest rates and printing money to increase credit and growth. Central bankers have complained that governments have left too much of the burden to them.

Draghi said that the outcome of the Group of 20 nations’ previous commitment to raise growth by 2 per cent through reforms had been “a disappointment.” In 2014, the G-20, representing most of the world’s economy, agreed on paper to raise growth through structural reforms, a broad term that can include many ways of improving the environment for businesses. They can include cutting red tape, reducing bureaucratic delays and approvals, and easing regulations and making hiring and firing easier.

Draghi said that divergence among the monetary policies of central banks _ with, for example, the Fed looking to raise interest rates while the ECB is pumping more stimulus _ risks creating uncertainty and volatility in currency markets. He called for “enhanced understanding among central banks on the relative paths of monetary policy.”