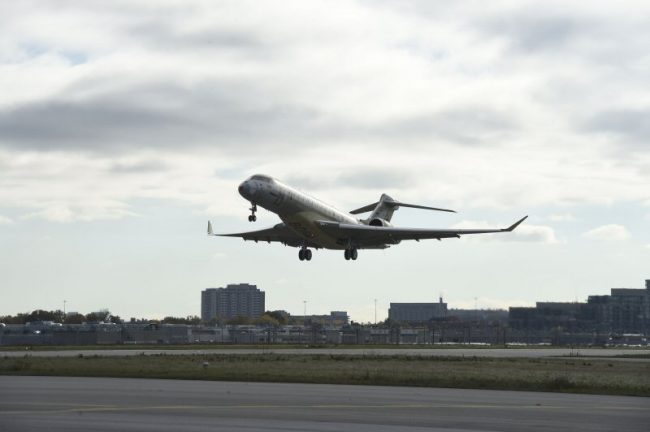 TORONTO—The lead flight test vehicle for Bombardier Inc.’s new long-range business jet has completed its first flight, taking off from the company’s Toronto facility on an approximately two and a half hour flight late last week.

The Global 7000 crew tested basic system functionality, as well as how the aircraft handled on the short flight, which will be the first of many leading toward the aircraft’s certification.

After the flight, David Coleal, president of the company’s Business Aircraft division, reaffirmed Bombardier’s timeline for the Global 7000. The business jet is expected to enter service in the second half of 2018.

While Bombardier is keeping to schedule on the new aircraft program, it is expecting a slowing market for business jets over the next 10 years. In May it altered its sales forecasts to account for softer industry sales.

The Montreal-based plane maker has also been under pressure in other areas of its business as the costly development of its CSeries commercial jets has continued to weigh on its balance sheet. In two separate tranches of job cuts this year, the company announced plans to lay off approximately 14,000 workers globally by the end of 2018. It has said the ramp up of production on the Global 7000 program could offset some of the Canadian job cuts, however.