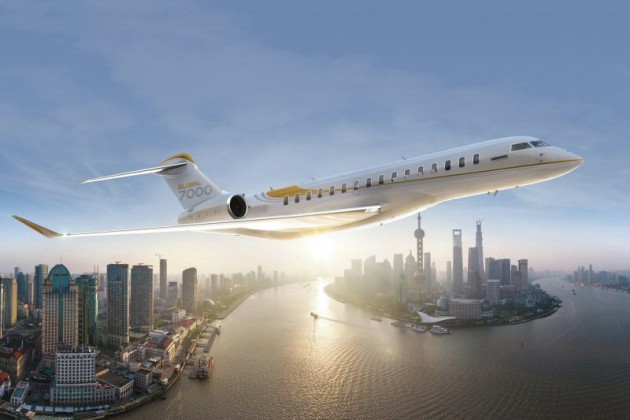 The Montreal-based company has announced several project milestones and has put a new project-leader in place. PHOTO: Bombardier Inc.

MONTREAL—Investors were rushing to pick up shares of Bombardier Inc. last week, as rumours swirled about a takeover offer for its transportation division and another report marked steady progress on its CSeries aircraft. Bombardier has now made several announcements regarding its long-range business jet program.

Bombardier Business Aircraft has mounted the engines on its first flight test vehicle for the Global 7000 project and completed work on all major structural components. Meanwhile, the company has appointed a new vice-president, Michel Ouellette, to oversee the Global 7000 business jet program and ensure the new plane is successfully brought to market.

“Michel is a seasoned Bombardier executive with a drive for excellence and a solid track record of results,” David Coleal, president of Bombardier Business Aircraft, said. “Under his dynamic leadership, I am confident that the Global 7000 and Global 8000 aircraft program will continue its momentum as we drive towards further development milestones.”

Ouellette began his career at Bombardier in 1990 and has worked with the Experimental Engineering and Testing Divisio and the Challenger aircraft team. Most recently he served as vice-president and general manager of Bombardier’s Global Aircraft Programs.

The company said the program is making “significant progress,” the engines having been mounted, with all major structural components including landing gear, wings, as well as vertical and horizontal tail stabilizers now in place.

“We are very excited by the significant progress being made on the Global 7000 flight test vehicles,” Coleal said. “Our vision of building a game-changing aircraft is emerging as the first two state-of-the-art business jets take shape in final assembly.”

The company said it is now installing the wiring harnesses and has begun functional test procedures on the tester. A second test vehicle is also in the final stages of assembly.

Bombardier touts the upcoming long-range business jet as being capable of connecting New York City to Dubai or London to Singapore, traveling at a maximum speed of Mach 0.925.

The program’s timeline was knocked off-track earlier this year. Both the Global 7000 and Global 8000 are now expected to reach the delivery stage in the second half of 2018.