Bombardier’s Global 7000 taking shape despite trouble in other divisions 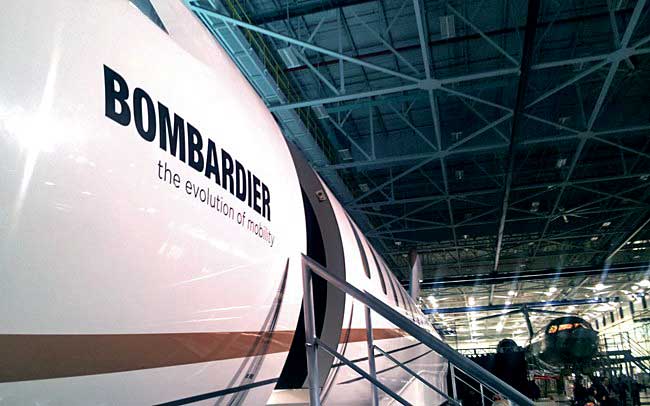 The mock-up of Bombardier’s Global 7000 flanked by the first of five flight test vehicles on the company’s assembly line. PHOTO: David Kennedy

TORONTO—Last week, Bombardier Inc.’s long-troubled CSeries project received a $1 billion infusion from the Quebec government as it inches toward its first deliveries next year. Meanwhile, the company’s Germany-based Transportation division prepares for a long-anticipated initial public offering, as closer to home, it battles with the Toronto Transit Commission over yet another delay to its streetcar delivery schedule.

As hurdles stretch out in front of other segments of the company, Bombardier Business Aircraft is not allowing negative investor and analyst sentiment to keep it grounded. The business jet division has the utmost confidence Bombardier will “be around” to see its ambitious Global 7000 aircraft take flight.

“We have a very strong balance sheet, we have strong liquidity,” David Coleal, president of Bombardier Business Aircraft, said. “We have, obviously, enough resources and capital to get the programs done.”

Though Coleal refused to elaborate further on what impact, if any, trouble with Bombardier’s CSeries may have on business jet sales, he said the company’s business jet division continues to receive orders for its aircraft from customers in all parts of the world.

“Our backlog is strong and we’re actually bringing something unique and of real value to the industry… How it’s being built and designed has never been done before,” he said. “We’re assembling it on the most advanced production line in business aviation.”

Bombardier’s Global 7000, which is scheduled for its first deliveries in the second half of 2018, is designed to be industry’s largest, most luxurious business jet. It will have a range of 13,705 kilometres and a maximum speed of Mach 0.9. It will also become the first and only jet to offer four distinct onboard living spaces. 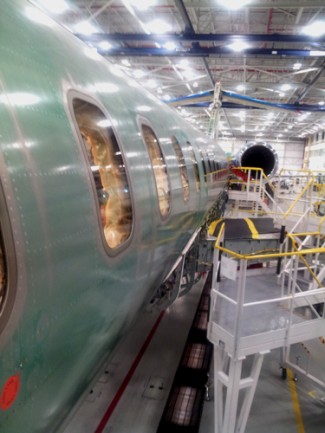 “This is a no-compromise aircraft that will meet its performance target and that will be a game-changing aircraft for our customers,” Michel Ouellette, the company’s senior vice-president of the Global 7000 and 8000 program, said.

To build the new jets, the company has invested heavily in upgrades, installing a state-of-the-art assembly line at its Toronto facility. Among other retrofits, Bombardier completely overhauled the floor of Bay 10—where the planes will be built—installing a laser measuring system, which uses spherical mirror reflectors to guide the plane through the entire assembly process. The laser system works as part of the Aircraft Transportation Linear Automated System, or ATLAS, which was designed for Bombardier by aerospace automation company, Electroimpact.

One of the most important parts of ATLAS is the replacement of cranes in the assembly process. While moving a partially-finished vehicle from one position to the next within the facility could take as long as eight hours in the past, the shift can now take place in approximately three minutes. In addition, two robotic drills have been added to the line, providing repeatability and extreme precision; the drills are accurate to within less than one thousandth of an inch. 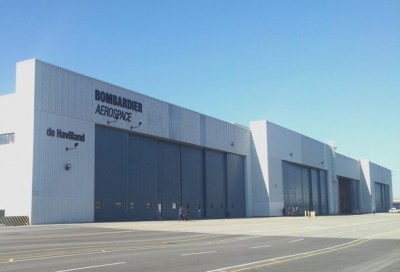 Bombardier’s Global 7000 will be assembled in Bay 10 of its Toronto facility, which has been completely-overhauled to install the latest technology. PHOTO: David Kennedy

“We’re excited by the unprecedented precision and quality we’ve observed on the assembly of the first two flight test vehicles,” Ouellette said. “This further validates that Bombardier made the right choice in the technology it is employing to build the most advanced business jet on the market.”

Bombardier would not comment on how quickly the assembly line will be able to turn out new planes, but said production at the facility can be optimized to meet demand.