by The Canadian Press with files from Canadian Manufacturing.com Staff  May 25, 2016

Company cuts global business jet outlook, says aviation sector will deliver 8,300 jets over the next 10 years, down from 9,000 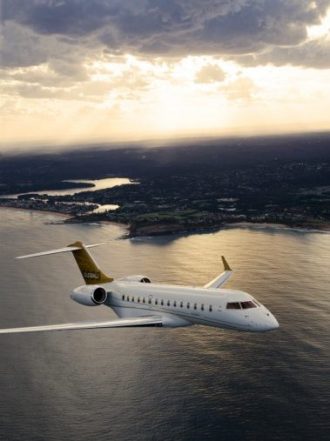 MONTREAL—A day after releasing an adjusted 10-year forecast for the aviation industry’s business jet sector, Bombardier has penned an agreement to sell a single Global 6000 to VIP operator Fly Comlux.

The business jet will be the seventh Bombardier aircraft in the charter operator’s fleet; it’s expected to fly long-haul routes between Europe, Central Asia and the Middle East.

As the company’s Business Aircraft division adds the order to its backlog, Bombardier has lowered its 10-year forecast for business jet deliveries. The company now expects the global industry to ship 8,300 jets over the next 10 years—an eight per cent decline from the previous forecast.

Last year’s forecast was for 9,000 deliveries of business jets in the decade to 2024, including 210 that Bombardier expected to deliver in 2015.

The company didn’t announce how many business aircraft it expects to deliver this year.

The market forecast is produced each year by the Montreal-based company, which is the No. 3 producer of commercial jets after Boeing and Airbus.

Bombardier has been concentrating many of its resources on the launch of the CSeries family of jets for commercial airlines, a critical program that is years behind schedule and billions over budget.

The company says it expects significant growth in demand for business jets over the long term as growth returns to emerging markets outside North America and Europe.

“In total, we are looking for Bombardier to deliver 150 units in 2016, which is down 25 per cent from last year’s 199 units delivered,” Spracklin said in a research note Tuesday.

Spracklin also estimates that this year’s production of Global business aircraft will be 50 units, down from 73 in 2015.