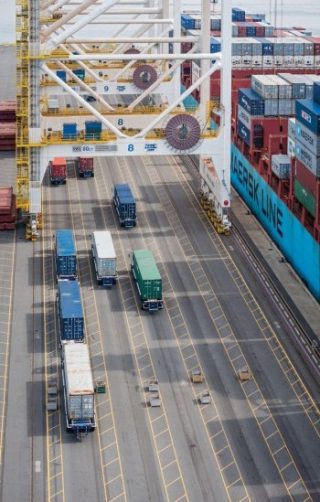 DELTA, B.C.—Two highways in the Vancouver suburbs are getting a quarter-billion-dollar face-lift.

Late last week, the federal and provincial governments announced funding for four separate projects along Highway 91 and Highway 17 in Surrey and Delta, B.C. The improvements aim to reduce congestion on the busy routes south of the Fraser River, as well as improve truck traffic to and from the Port of Vancouver container terminal at Roberts Bank. The road work also includes widening Deltaport Way, which connects with Highway 17 south of Delta.

The overall project it worth $245.1 million, with the federal and provincial governments contributing the majority of the funds. The two tiers of government are investing $81.6 million and $80 million respectively, while the the Vancouver Fraser Port Authority, will kick in another $80 million. The Tsawwassen First Nation is contributing the remaining $3.5 million.

Work on the project will start this year, with construction running until 2021. Ottawa expects the road work to create 745 jobs over the course of the project.