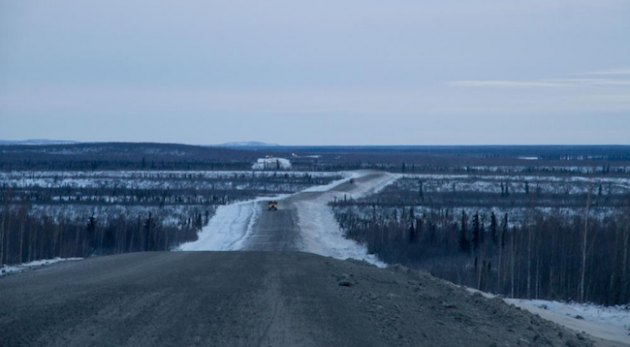 When complete, the road will 120-kilometre all-weather highway will provide a land connection to the northern town of Tuktoyatuk. PHOTO: Government of Northwest Territories

THOMPSON, Man. — The governments of Canada and Manitoba announced more than $17 million in joint funding to improve three provincial highways and roads in rural Manitoba.

A bituminous rehabilitation project south of Snow Lake will restore approximately 26 km of Provincial Trunk Highway 39 from Provincial Road 392 eastward. The federal and provincial governments will each provide more than $3.9 million to the highway rehabilitation.

Provincial Road 280, near Thompson, will be upgraded over 10 km to meet demands of current traffic volume and projected trends surrounding the towns of Gillam and Sundance as well as the Community of Split Lake. The Government of Canada will invest over $2.4 million in this road upgrade with the Government of Manitoba also contributing more than $2.4 million.

South of Duck Bay, approximately 24 km of existing bituminous road will be restored by adding an additional thin lift overlay of bituminous pavement on Provincial Trunk Highway 20 between Provincial Roads 271 and 272. The Government of Canada will invest over $2 million, and the Government of Manitoba will also contribute more than $2 million to the project.