Tesla touts new Roadster as fastest car ever made, but the supercar is a tall order

CEO Elon Musk has promised buyers 0-60 mph in a blistering 1.9 seconds and a battery range of nearly double the current Model S. The company's engineers have until 2020 to deliver 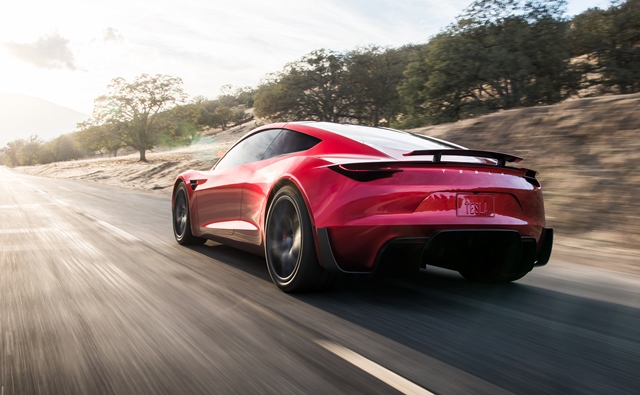 The Roadster will accelerate from 0-60 mph in just 1.9 seconds—easily besting the top time ever recorded for a production vehicle, if Tesla can deliver. PHOTO: Tesla

PALO ALTO, Calif.—Tesla Inc. is getting back to its roots—as fast as it possibly can.

2008 may be the distant past to the 14-year-old automaker, but last week, the Palo Alto, Calif. company rolled out a surprise throwback to a simpler decade.

Tucked between the pair of state-of-the-art electric semis the company unveiled Nov. 16 and flanking CEO Elon Musk on-stage at Tesla’s design centre in Hawthorne, Calif., an updated version of Tesla’s first vehicle, the Roadster, sat resplendent under the studio lights.

The big rigs took centre stage at the launch, but the scarlet Roadster usurped a bit of the limelight.

It would have been difficult for it not to have. Tesla engineers are aiming to make the four-seat supercar the fastest production vehicle ever made.

The automaker said the Roadster will arrive in 2020 and can reach a top speed of more than 250 mph (402 km/h). It will also accelerate from 0-60 mph in just 1.9 seconds—easily besting the top time ever recorded for a production vehicle, assuming Tesla can deliver. 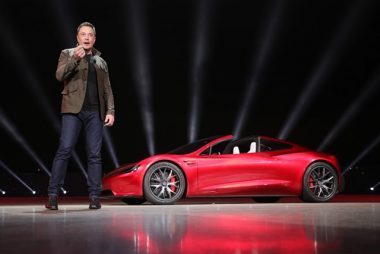 And while electric vehicle range anxiety may not be top-of-mind for prospective buyers of the supercar, Tesla said the new Roadster can travel 620 miles (a few kilometres shy of 1,000 km) in a single change. The huge range is a major improvement over its current vehicles, which cap out at about 341 miles (550 km), as well as anything else on the road.

With just three years to pack another 100 kilowatt hours of energy or so into the Roadster’s battery pack though, the company’s engineers have a tall order to fill.

If Tesla’s previous milestones are any indication, it may just deliver, though it often does so a little on the late side. The company revealed the original Roadster in 2008 and is now juggling an ever-increasing number of projects as it adds new vehicles and expands into the solar and battery energy storage industries. Like many of its past ventures, the company’s Model 3 is beginning to roll out, but deliveries have been slower than forecast due to production bottlenecks.