Solar energy storage, with a side of Swedish meatballs

Ramping up its residential clean power push, Ikea has started selling lithium-ion batteries and solar panels to customers across the U.K. 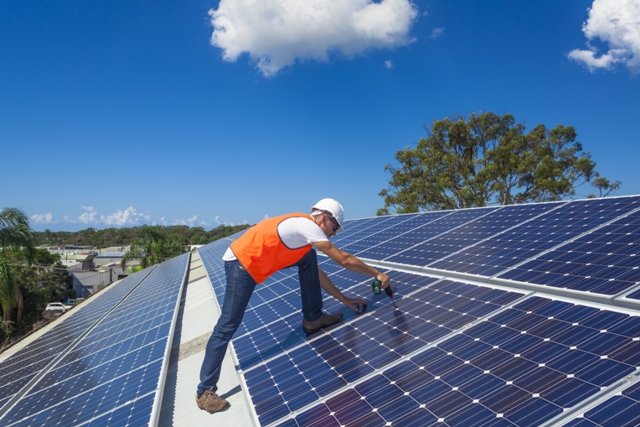 Residential solar has taken off in a number of jurisdictions. Adding storage to the mix allows homeowners to significantly increase the amount of clean energy they can use

Furniture and housewares giant Ikea said last week it’s adding lithium-ion batteries to the long list of products for sale at its market halls in the U.K.

The company, which started selling solar panels at U.K. stores last year, is now offering customers the next piece of the home energy puzzle—a way to store unused power generated during the day.

“At Ikea we’re always looking for ways to help customers take positive actions at home for both the environment and their wallets,” Hege Saebjornsen, sustainability manager for the retail giant’s U.K. and Ireland operations, said in a statement. ” With energy bills already going up 15 per cent this year, there’s never been a better time for customers to take back control of their electricity bills and maximize their savings by switching to solar and solar storage.”

Currently, Ikea says most solar-paneled homes in the U.K. only use about 40 per cent of the electricity they generate. Many homeowners are out during the day when the panels are producing power, meaning 60 per cent of the energy is sold to the grid at a comparative loss.

Battery storage, of course, would change this.

Ikea is partnering with U.K. solar firm Solarcentury on the new products and says pairing solar with storage could save customers 70 per cent on their electricity bills. The company said its battery storage solution and solar panels will pay for themselves after 12 years, though the cost estimate takes certain home specifics into account—such as a south-facing pitched roof in London and grid electricity prices.

Ikea’s benchmark 12-panel system with a 6.5 kWh battery will costs customers 8,750 British pounds (approximately $14,500), including installation; the batteries will be supplied by LG Chem.

As the push for residential solar supported by battery storage heats up, the new Ikea offering could pit the retailer against companies such as Tesla Inc., which began shipping its Powerwall worldwide in early 2016. Other automakers, such as Nissan and BMW have also began marketing spent electric vehicle batteries as a home energy storage option. Of course, traditional battery makers and start-up companies are also gearing up for the race in the nascent market.

Ikea said its U.K. customers can get an estimate on its new solar energy storage products online now, while installation can get underway in as little as three weeks.

In Canada, however, fans of the Swedish retailer will have to wait.

An Ikea spokesperson said the company does not have any immediate plans to bring solar panels or storage to its Canadian stores.