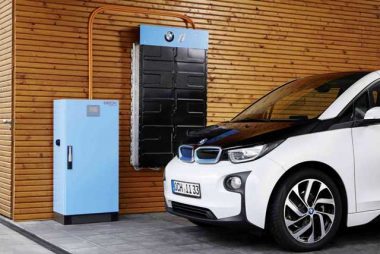 NEW YORK—Spent batteries from electric vehicles could shake up the stationary energy storage market by dramatically cutting the cost associated with new storage systems, according to a new Bloomberg New Energy Finance report.

As early as 2025, BNEF senior analyst Claire Curry expects 29 gigawatt hours of used batteries to be ripped out of EVs each year—and close to one-third of those batteries will find a second-life as part of a stationary storage system.

Though the energy storage market is expected to take off over the next decade, the 10 GWh of spent EV batteries Curry anticipates being used for storage in 2025 exceeds the total current market for stationary battery storage.

As more EVs take to the open road, the influx of used batteries that have come to the end of their useful life in vehicles, but still hold enough charge to be useful in stationary systems, could have a significant impact on storage costs. The report says repurposed batteries could cost as little as $49 per kWh by 2018, plus a $400/kWh cost to convert to stationary storage—a drastic improvement on the up to $1,000/kWh currently paid out for stationary storage systems.