Looking to the future of regional aircraft, engine maker completes Phase 2 testing on its Next Generation Regional Turboprop engine 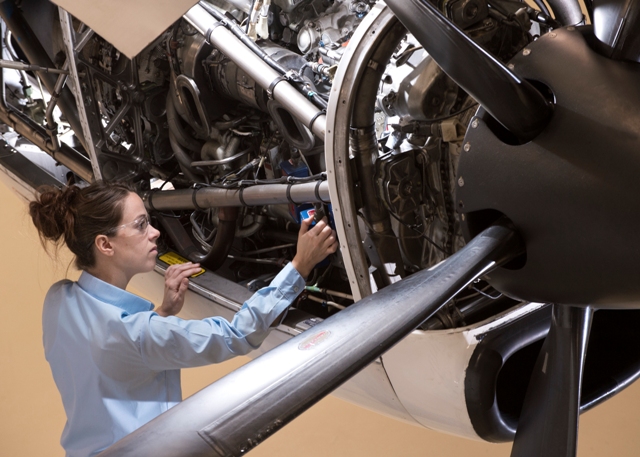 A mechanic working on a PW119 engine. P&W’s next-generation of turboprop engines will allow plane makers to design larger aircraft capable of carrying up to 90 passengers. PHOTO: P&W Canada

CHARLOTTE, N.C.—Pratt & Whitney Canada is looking to power the next, larger wave of turboprops.

As plane makers look to scale-up and pack more seats into regional aircraft, the engine maker has announced it has completed the second phase of testing on its Next Generation Regional Turboprop (NGRT) engine, and is readying the design for development. Capable of lifting a 90-seat plane into the air, P&WC said Phase 2 testing met or exceeded expectations.

“We are technology-ready and focused on delivering the next generation regional turboprop engine,” Frederic Lefebvre, vice-president of Marketing at P&WC, said. “We continue to work closely with a number of OEMs to ensure the powerplant meets their needs and can be fully integrated with all the aircraft’s systems.”

Sporting higher efficiency at lower speeds than their turbofan counterparts, turboprop engines are used primarily for short-haul flights where maximizing speed is not the primary objective. P&WC said it anticipates plane makers will begin designing 90-seat turboprops within the next few years.

“Today, the vast majority of 30- to 70-passenger regional turboprop aircraft operating around the world are powered by the PW100 engine,” says Lefebvre. “It’s a legacy of which we’re obviously very proud, and one which has spurred us on to be ready when the larger 90-passenger turboprops enter the market.” 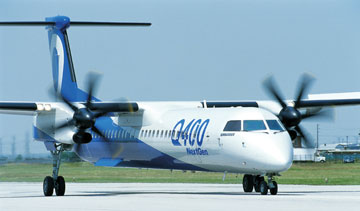 Bombardier announced plans to introduce a 90-seat variant of its Q400 this February. PHOTO Bombardier

And as PW&C works toward production of the new engine, one prominent builder of turboprop aircraft, Bombardier Inc., has already unveiled plans to introduce the world’s first 90-seat turboprop. The Canadian plane maker announced earlier this year it plans to supersize its Q400—an aircraft that already utilizes a pair of P&WC’s 150A turboprops.

Targetting the short-haul, high-demand market, Bombardier unveiled the new aircraft variant at the Singapore Airshow in February. The Montreal-based plane and train maker plans to introduce the new turboprop as early as 2018.

Though P&WC has not released a precise timeline for the engine project, it said it plans continue developing and working to enhance the engine throughout the coming months.