The MOU was signed with a division of Russia's United Aircraft Corp., which is looking at restarting production of its IL-114-100 regional aircraft, which was suspended in the mid-2000s 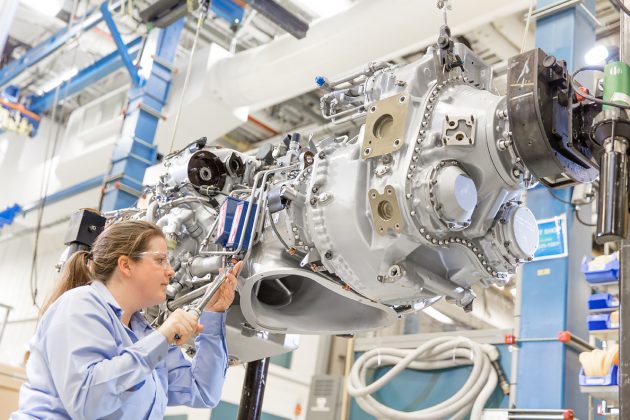 PARIS-LE BOURGET, France—Pratt & Whitney Canada (P&WC) signed a memorandum of understanding with Ilyushin Joint Stock Co. of Russia to explore the restart of the IL-114-100 regional turboprop aircraft program with PW127H engines. P&WC is a subsidiary of United Technologies Corp.

Under the MOU, signed during the 2017 Paris Airshow being held at Le Bourget in France, P&WC will support the initial program restart by providing two PW127H engines for IL-114-100 regional turboprop aircraft. Both companies will also cooperate in reaching a new, long-term agreement regarding future regional turboprop programs for Russian and international regions.

“This agreement marks a milestone in Pratt & Whitney Canada’s involvement in the Russian aerospace industry,” said Frederic Lefebvre, Vice-President, Marketing, P&WC. “We look forward to working closely with Ilyushin to make the restart of this highly efficient passenger aircraft a success.”

P&WC and Ilyushin, a member of Russia’s United Aircraft Corp., originally worked together on the IL-114-100 regional aircraft at the end of the 1990s and early 2000s. The first flight of the IL-114-100, powered by two PW127Ð turboprop engines, took place in January 1999 and the aircraft obtained a type certificate from the Aviation Register of the Interstate Aviation Committee at the end of that year.

Ten IL-114-100 aircraft were manufactured in Uzbekistan on behalf of Ilyushin and delivered to launch customer Uzbekistan Airways starting in 2002. The aircraft participated in many international air shows and attracted the attention of potential customers worldwide at the time, but the program was later suspended.

“The IL-114-100 aircraft already has a head start with a certified platform and the P&WC PW127H engine which has accumulated more than 118,000 flying hours,” notes Nikolay Talikov, Ilyushin General Designer. “With a range of 4,500 km at 460 km/hr, it is well positioned for takeoff among customers in both Russian and international regional requirements.”