Earls made the change to U.S. suppliers when it could not find enough Canadian beef sources with a 'Certified Humane' trademark 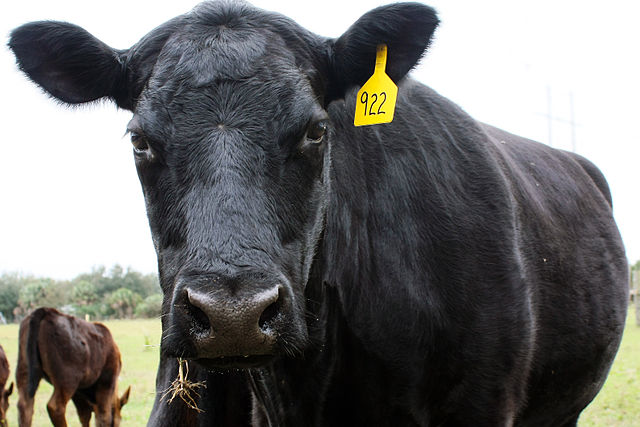 VANCOUVER—When Ben Campbell heard Earls was switching to Certified Humane beef from the U.S., he had a different reaction than many Alberta ranchers.

The 32-year-old raises grass-fed cattle without added hormones at his ranch in Black Diamond, about 60 kilometres southwest of Calgary. He sells directly to customers, often inviting them to visit the rolling hills where his animals graze.

To Campbell, Earls’ decision was a response to a trend he had seen firsthand: growing consumer demand for ethical meat. And though Earls backtracked after a social media slaughtering, Campbell said the beef industry can learn from the controversy.

“People care about where their food comes from and they should,” he said. “The average Alberta farmer is proud of the way he produces his beef or she produces her beef, and we want to showcase it. I think a lot of people will be happy to have a certification to show the high standard.”

Alberta ranchers say Canada is a leader in animal welfare standards. But companies like Earls and McDonald’s are increasingly finding that customers, especially millennials, want proof that meat was raised humanely—forcing the industry to embrace certification programs it once resisted.

“We’ve got to get more comfortable as an industry with those verifications and audits,” said Bob Lowe, chairman of Alberta Beef Producers.

“We have been doing things very well and we’ve been adapting to the science as it comes along, but it’s just the independent nature of cattle producers. They just don’t want people snooping around.”

Certified Humane is a U.S.-based trademark with standards enforced through annual inspections. Some Canadian ranches have the designation, but when Earls couldn’t find enough supply in Canada, it switched to buying exclusively in the United States.

The Canadian industry balked, insisting that local ranchers already met similar standards under national codes of practice. However, the codes of practice are guidelines that aren’t enforced through inspections.

Ranchers have had to turn to third-party programs for verification, like Certified Humane or the made-in-Canada option SPCA Certified. Animal welfare advocates say it should be the job of government to inspect farms for humane treatment.

“What the Earls situation really brings to the forefront is that this industry isn’t being regulated, and consumers want the regulation,” said Anna Pippus, a lawyer with Animal Justice, a legal group that fights for the rights of animals.

Rob McNabb of the Canadian Cattlemen’s Association pointed out cattle are inspected during transportation for slaughter, and the final product is inspected at the meat packing plant. Provincial SPCA officers inspect farms when they receive cruelty complaints.

“There’s no need (for regular on-farm inspection by government),” said McNabb. “At the end of the day, nobody is questioning the value or the safety or the wholesomeness of Canadian beef.”

The association is set to unveil its own audit-enforced program called Verified Beef Production Plus in June. The Canadian Roundtable for Sustainable Beef is crafting standards for animal welfare, sustainability and biosecurity that will become part of the program.

Sylvain Charlebois, a professor in food distribution and policy at Dalhousie University, said ethical meat is more important to millennials, who now outnumber boomers in the marketplace.

“It’s way beyond just the calories. It’s really about feeling good about what you’re buying and making a difference in the world.”

Earls has since apologized for its “mistake” and promised to source some of its beef from Alberta suppliers that meet its criteria. The chain made the switch after surveying customers and staff and finding a majority favoured “humane” beef.

Spokeswoman Cate Simpson said anecdotally about half of Earls guests and the majority of its staff are millennials. Staff reported a high awareness of animal welfare since childhood, she said.

McDonald’s opted to work with the Canadian industry when it decided to begin serving sustainable beef, and many ranchers credit it with helping drive change. The burger giant introduced a pilot project last year in which farms were audited for animal welfare, among other things.

Stephen Hughes, whose Chinook Ranch won a 2003 environmental stewardship award from Alberta Beef Producers, jumped at the chance to get verified under the pilot.

“I changed nothing to fit the parameters. It’s just getting the story out and getting verified, (that) is where I think our industry has opportunities going forward,” he said.

Hughes said urban eaters are increasingly disconnected from food producers, and he understands the need for certification to instill consumer confidence. But after spending all day helping to deliver calves in a snowstorm, he issued a fierce rebuke to city-dwellers who assume the worst of ranchers.

“There are a lot of bleeding hearts in downtown Vancouver and Calgary who would think they’re more worried about my animals’ welfare than I am who wouldn’t have set foot in that storm,” he said.

“It’s actually my financial existence. Plus, I just care, and that’s why I do it. I care about animals.”