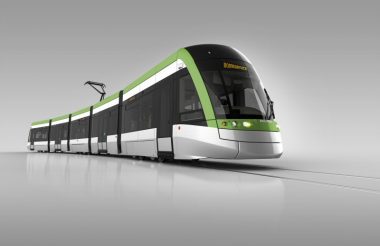 MONTREAL—Bombardier has turned up the heat in its fight with Metrolinx by asking an Ontario court to impose an injunction in response to the provincial transportation agency’s notice to terminate a contract for light rail vehicles in Toronto.

The transportation manufacturer’s railway division says its 49-page application to the Ontario Superior Court is designed to encourage Metrolinx to resume good-faith discussions as required in its contract.

In November, Metrolinx ramped up pressure on Bombardier to deliver a prototype train by issuing a formal notice of intent to terminate its $770-million contract, a step that would be required if the agency ultimately asks a court to rip up the deal.

Bombardier turned the table on Metrolinx late last week, accusing it of putting the project in jeopardy through multiple delays.

“Since the contract was signed in 2010, Metrolinx has changed the scope, the timelines, and the technical qualifications countless times,” it said in a news release Feb. 10.

“Furthermore, Metrolinx’s unwillingness to work in good faith to find solutions on behalf of the people of the greater Toronto (area) has been disheartening.”

Bombardier said the “unjustified cancellation” of the contract would cost Ontario taxpayers millions of dollars, kill hundreds of jobs and put projects like the Eglinton Crosstown and Finch LRT in jeopardy.

“For us, what’s important now is to protect our rights, to protect the jobs of our employees and to make sure that we protect Ontario taxpayers that actually need the benefits of this light rail system,” said spokesman Marc-Andre Lefebvre.

Lefebvre said that the test vehicle is ready for inspection in Kingston, Ont., but Metrolinx refuses to accept it.

In its application, Bombardier questions whether Metrolinx really wants the entire order for 182 cars given that it has reduced the number of transit lines that were to be serviced.

Metrolinx declined to respond to these claims, saying it has been repeatedly disappointed by Bombardier’s performance and its ability to deliver the product on time for the scheduled 2021 opening of the $5.3-billion Eglinton Crosstown.

“We are further disappointed that they would take this legal step considering the long-standing relationship Metrolinx has with Bombardier on a number of fronts,” spokeswoman Anne Marie Aikins said in a statement.

Bombardier said Friday that its trains will be ready before Metrolinx’s tracks are even available for testing. Production on the actual cars isn’t slated to begin until 2018 and won’t be in service until 2021.

“We can deliver ahead of schedule if necessary,” added Lefebvre.

Ontario Transportation Minister Steven Del Duca scolded Bombardier for turning to the courts in its dispute with Metrolinx, saying he expects suppliers to honour their contractual obligations and “perform professionally.”

“It is unfortunate that Bombardier has chosen to take this step,” Del Duca said in a statement issued Friday evening. “The people of the region deserve more, and our government is committed to delivering it.”