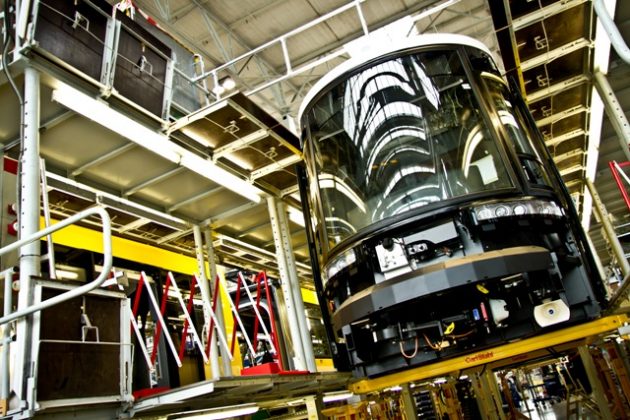 TORONTO—Bombardier Transportation scored a procedural victory against an Ontario transit agency when a judge on April 19 ruled that Metrolinx can’t cancel a $770-million contract without first going through a dispute resolution process.

Glenn Hainey, of the Ontario Superior Court of Justice, rejected Metrolinx’s argument that an arbitration process spelled out in the contract doesn’t apply to its right to terminate the agreement for material default.

He ordered Bombardier to take “all reasonable steps” to expedite the dispute process.

Metrolinx alleges that Bombardier has repeatedly failed to deliver a prototype vehicle on time for the scheduled 2021 opening of the $5.3-billion Eglinton Crosstown line.

The agency has also said Bombardier’s request for a court injunction to block the contract termination is a tactic to force months of litigation that would make it impossible for another supplier to provide the vehicles on time.

Bombardier has rejected Metrolinx’s allegations, saying it will deliver the vehicles on time by November 2018, well before the Eglinton Crosstown tracks are even built.

Hainey said Metrolinx provided no evidence that an alternative supplier could realistically deliver the rail cars by the required date.

He agreed with Bombardier that there is a meaningful risk that the company will suffer “irreparable harm” if the contract for 182 rail cars is terminated, regardless of Bombardier’s ability to secure financial damages.

“The stigma resulting from a termination of the contract for material default would likely result in lost LRV (light rail vehicle) business for Bombardier Transportation in the future,” he wrote in a 23-page ruling.

Hainey said the damages to Bombardier’s supply chain and the potential loss of some expert workers would harm its ability to start up again if the arbitration panel ultimately concludes that the manufacturer is not in material default.

The judge refused to rule on Bombardier’s claim the notice of default was issued by an engineer who wasn’t impartial, saying that should be determined by the dispute panel.

Bombardier issued a statement saying: “We are eager to sit down with Metrolinx to find a clear path forward.”

Metrolinx president and CEO John Jensen said: “We are reviewing the decision and identifying the best path forward. We will take the appropriate time to finalize details.”