In an ongoing spat over light rail vehicles, the provincial transit agency is trying to ensure it has enough rail cars to open a new Toronto transit line 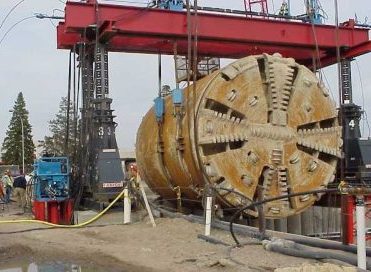 Tunnel boring for the new transit line is already complete. As it moves toward completing the project, Metrolinx is trying to ensure it has vehicles for the new LRT line. PHOTO: CrosstownTO

TORONTO—Metrolinx has filed an appeal questioning the decision of an Ontario judge last month that preserved the transit agency’s contract with Bombardier Transportation.

The notice of appeal deepens the legal dispute between the Ontario transit agency and Bombardier over the company’s ability to fulfil train orders in Toronto, where gridlock has become an increasing frustration for hundreds of thousands of commuters.

In April, a judge ruled that Metrolinx can’t cancel a $770-million contract with Bombardier without first going through dispute resolution.

Metrolinx earlier this month also turned to a French manufacturer for light-rail vehicles as a backup plan if Bombardier fails to deliver the contracted transit projects in Toronto.

Ontario has reached a $528-million agreement to buy 61 light-rail vehicles from Alstom in case Bombardier is found to be in default at the end of a court-ordered dispute resolution process.

In an email to The Canadian Press May 24, a Metrolinx spokeswoman confirmed the transit agency filed the notice of appeal before the Friday deadline.

The point of the appeal is to seek court clarification over the amount of time Bombardier has to fix—or “cure,” as stated in the contract—problems with its vehicles.

“Metrolinx is preserving our right to seek clarification of the decision principally as it relates to the permitted cure periods,” spokeswoman Anne Marie Aikins said in a statement. “At the same time, we will continue with the dispute resolution process with Bombardier.”

Metrolinx alleges that Bombardier has repeatedly failed to deliver a prototype vehicle on time for the scheduled 2021 opening of the $5.3-billion Eglinton Crosstown line.

Bombardier has rejected Metrolinx’s allegations, saying it will deliver the vehicles on time by November 2018, well before the Eglinton Crosstown tracks are even built.

In a statement Wednesday, Bombardier said it is “deeply concerned” about the effect Metrolinx’s legal actions will have on transit users and taxpayers.

“By choosing to pursue a lengthy court battle, at the public’s expense, it is clear that Metrolinx continues using every recourse to prevent us from delivering on our commitments,” Bombardier spokesman Marc-Andre Lefebvre said. “Metrolinx is only creating further delays in this project.”