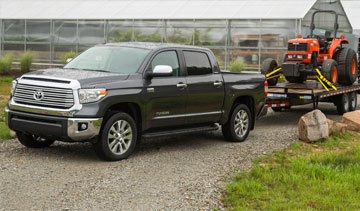 SAN ANTONIO—A Toyota Motor Corp. assembly plant in San Antonio that makes Tundra and Tacoma pickup trucks has suspended production due to storm damage from a system that dumped up to four inches of rain.

Toyota spokesman Mario Lozoya says the plant halted production May 18 following roof and other damage. He cited safety concerns and said production will remain stopped through at least Thursday.

Lozoya says nobody was hurt. A section of the roof appeared to have caved in, and the plant had random power outages due to water leaks.

Parts of South Texas were hit with hail the size of tennis balls as storms rolled through Tuesday night and early Wednesday. Storms are expected to continue through Friday in parts of the region.