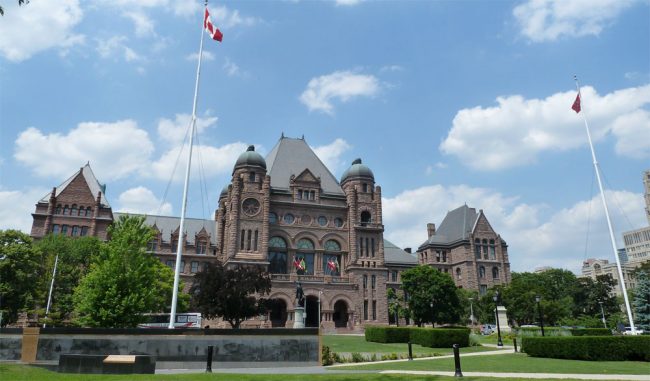 The Liberal government has promised to balance Ontario’s budget by 2017-18, but any black ink is expected to be short-lived. PHOTO: Priscilla Jordão

TORONTO—Ontario’s financial accountability officer says it’s possible the Liberal government can balance the books by 2017-18 as promised, but only if the economy grows at a stronger pace than in the past five years.

In a report released May 18, Stephen LeClair predicted there would still be a $600-million shortfall in 2017-18, and said even if the Liberals do get to balance, the province would quickly be plunged back into annual deficits.

“Compared to a $130-billion provincial budget or a $750-billion economy, a deficit of $600 million is manageable given the flexibility built into the fiscal plan,” he said.

“Maintaining balanced budgets in Ontario will be an ongoing challenge for the province as revenue growth remains moderate and spending pressures build.”

There is too much uncertainty in the Liberal plan, warned LeClair, with a reliance on $1.9 billion a year from a new cap-and-trade plan, billions in new federal transfers and annual equalization payments of $1.3 billion to $1.6 billion.

Those equalization payments could be wiped out entirely if Ontario’s fiscal performance remains above the national average, he warned.

“A fiscal plan should balance risks, but we see most of the risk tilted to the downside,” said LeClair.

“In its determination to meet its fiscal target of a balanced budget in 2017-18, the government has built a fiscal plan that is heavily exposed to factors outside its control. There is little fiscal room to deal with unexpected events.” 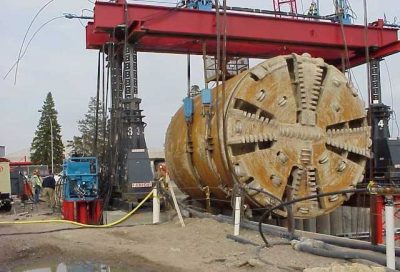 Financial accountability officer Stephen LeClair said the Liberal’s infrastructure projects will add $54 billion in debt over the next five years. Toronto’s Eglinton Crosstown is one of the major projects currently under construction. PHOTO: CrosstownTO

LeClair warned the government will have to increase spending because of demographic changes and higher service costs, and pointed out the province is relying on growth to exceed the average in recent years.

He projected government revenues will grow at an average pace of 3.8 per cent a year, faster than the 2.6 per cent pace in the last four years.

LeClair also said the debt-to-GDP ratio would peak at 39.67 per cent, but is only forecast to decline by a total of one percentage point over the next five years.

“At this pace, it would take more than 50 years to achieve the government’s commitment of a debt-to-GDP ratio of 27 per cent,” he said. “The province has not provided details of how or when it plans to achieve this goal.”

Finance Minister Charles Sousa insisted the province is on the right track.

“Net debt to GDP, as a measure, reflects our ability to afford that debt,” he said.

“We’re taking the steps necessary to foster that reduction in our net debt-to-GDP ratio, but importantly without sacrificing those investments in capital that are going to make us more competitive over the long term.”

LeClair also warned the accumulated deficits and the Liberals’ “large infrastructure plans” will add $54 billion over the next five years to the net debt, which he said will hit $350 billion.

But he complained the Liberals wouldn’t “provide any information on their spending plans” beyond the current fiscal year.

“The government claims cabinet confidentially on too wide of a swath of information.”

LeClair also said employment is expected to grow steadily, reflecting growth in the economy, and predicted on average Ontario will add about 80,000 new jobs a year, gradually reducing the unemployment rate to six per cent by 2020.


Related Stories
Ontario budget watchdog again warns province may fail to eliminate deficit
Balanced budget after 2017/18 will be ‘challenging’ Ontario’s fiscal watchdog warns
Ontario not on track to balance budget in 2017-18, watchdog says
Financial watchdog warns Ontario’s debt will grow to $350B by 2020