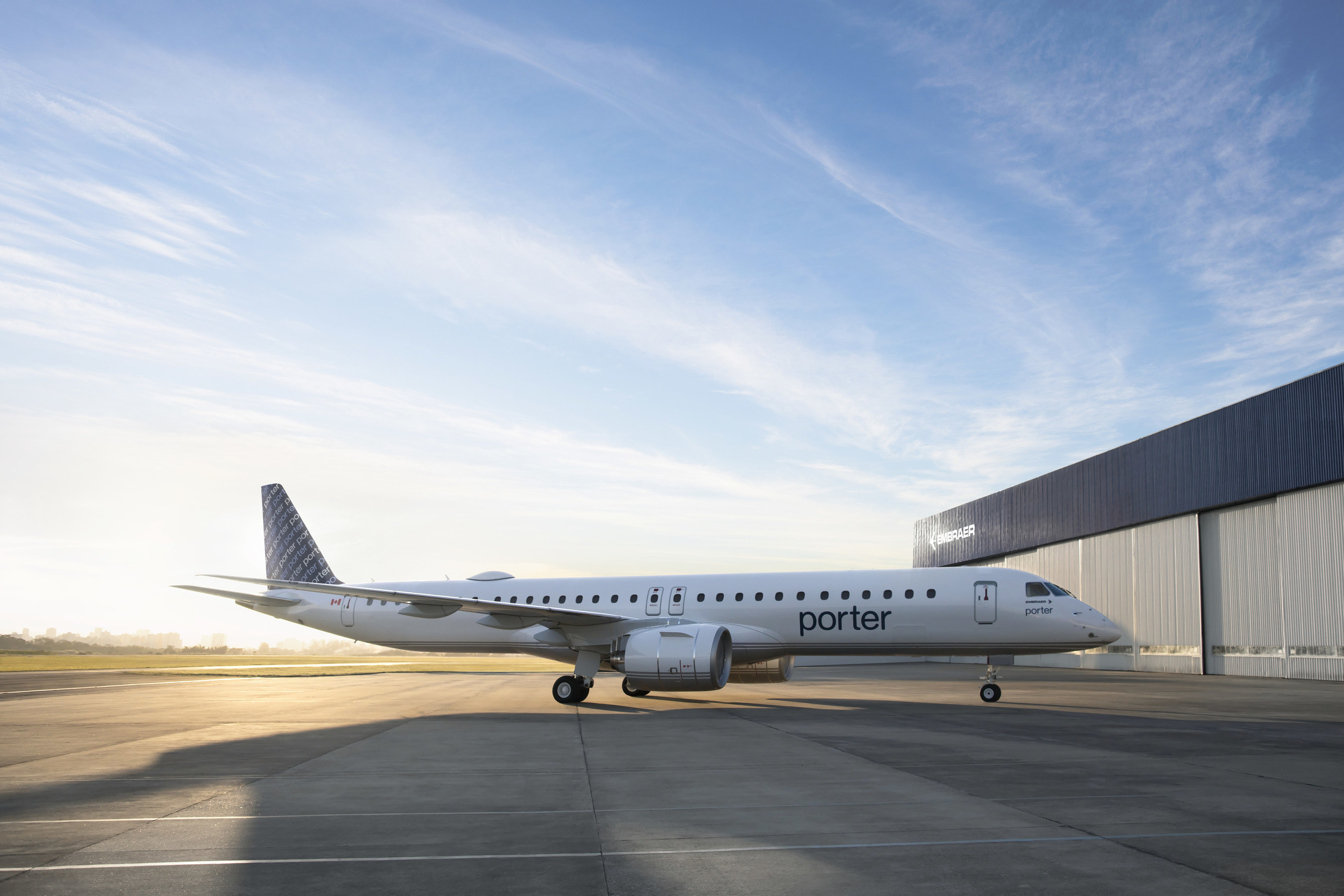 FARNBOROUGH — Porter Airlines has placed a firm order for an additional 20 Embraer E195-E2 passenger jets, adding to their existing 30 firm orders. Porter will use the E195-E2 to extend its service to destinations throughout North America. The deal, with a list price value of US$1.56 billion, brings Porter’s orders with Embraer to a total of up to 100 E195-E2 aircraft, with 50 firm commitments and 50 purchase rights.

In 2021, Porter ordered 30 Embraer E195-E2 jets, with purchase rights for a further 50 aircraft, worth US$5.82 billion at list price, with all options exercised.

Michael Deluce, President and CEO of Porter Airlines said, “Embraer has a proven aircraft, representing the best of environmental efficiency, operating performance and passenger comfort. We are in final preparations to introduce the E195-E2 to North America, joining other global airlines already benefiting from its use. The aircraft will become core to our fleet, as Porter reshapes passenger expectations for air travel in same way we did over 15 years ago. Announcements are forthcoming that will detail our initial routes, in-flight product and other details.”

Arjan Meijer, President and CEO Embraer Commercial Aviation, said, “Porter Airlines’ ambition for growth while delivering an upgraded passenger experience is set to shake up the industry in North America. With 50 E2s now on firm order, Porter is set to make a stunning debut as North American launch customer for the E195-E2. Their commitment today to a further 20 jets, so soon after their first order, demonstrates the unbeatable performance and economics of the E2 family; the quietest and most fuel-efficient aircraft in the segment. The E195-E2 also delivers 25% lower carbon emissions than previous generation aircraft.”

Porter Airlines will be the North American launch customer for Embraer’s newest family of jets, the E2. Porter intends to deploy the E195-E2s to popular business and leisure destinations throughout Canada, the United States, Mexico and the Caribbean, from Ottawa, Montreal, Halifax and Toronto Pearson International Airport.

Porter’s first delivery and entry into service is scheduled starting in the second half of 2022. The E195-E2 accommodates between 120 and 146 passengers. Configuration plans for Porter’s E2s will be revealed in due course.