Leveraging the Company's capacity across its network of Geosynchronous satellites, Viasat's IFC service will provide high speed internet for customers. 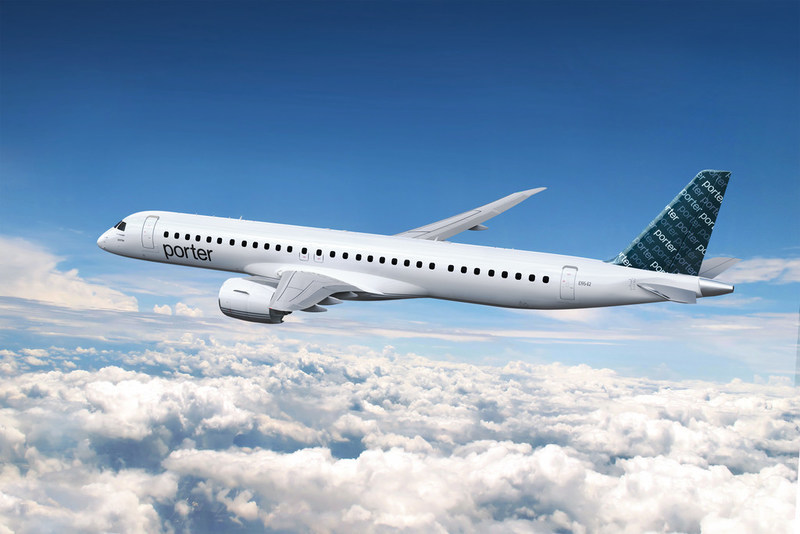 CARLSBAD and TORONTO — On Nov. 18, Viasat Inc., a global communications company, and Porter Airlines announced Viasat’s in-flight connectivity (IFC) solution has been selected for the Toronto-based airline’s 30 new Embraer E195-E2 aircraft. The new aircraft will be linefit with Viasat’s in-flight internet system and is expected to enter service in the second half of 2022. Porter is preparing to grow beyond its current regional eastern Canada- and U.S.-focused network to include routes to the west coast, southern U.S., Mexico and the Caribbean.

Leveraging the Company’s capacity across its network of Geosynchronous satellites, Viasat’s IFC service will provide high speed internet for customers.

“Introducing the E2 into Porter’s fleet gives us the ability to serve customers across North America,” said Kevin Jackson, executive vice president and chief commercial officer. “Using Viasat’s technology allows us to create a distinct digital passenger experience for longer routes that builds on our award-winning approach to hospitality.”

Don Buchman, Viasat vice president and general manager, Commercial Aviation, said, “From our initial conversations with the Porter Airlines team, it was clear they place a high-value and emphasis on delivering an enhanced experience. Our proven IFC system delivers on this promise, which enables their passengers to benefit from the speeds, capacity and coverage offered by our ViaSat-2 satellite today, as well as our next-generation satellite constellation, ViaSat-3, in the future.”