The new simulator comes online in April 2022, ahead of Porter beginning E2 operations in the second half of next year 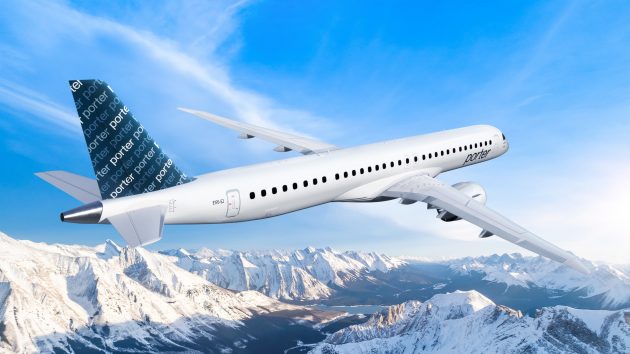 TORONTO — Porter Airlines has finalized a new eight-year agreement with FlightSafety International to continue as the airline’s exclusive pilot training partner. This includes the installation of North America’s first E2 flight simulator to support Porter’s recent order for up to 80 Embraer E195-E2 aircraft.

The new simulator comes online in April 2022, ahead of Porter beginning E2 operations in the second half of next year. It is expanding its current regional network to serve destinations across North America, including the west coast, southern U.S., Mexico and the Caribbean.

“This agreement is an example of how Porter’s investment in new aircraft is creating new jobs and opportunities for Canada’s aerospace industry,” said Michael Deluce, president and CEO of Porter Airlines in a statement. “FlightSafety is a long-standing partner of Porter’s and our pilots will continue receiving the very best training with them for years to come.”

The flight simulators that Porter uses at FlightSafety are certified to the highest Transport Canada standards. Pilots are able to experience all aspects of real-world flying, including full motion simulation and actual airport environments, in a controlled setting. This allows for the most realistic and effective training environment, including safely dealing with unusual and complex scenarios.

Porter and FlightSafety have additional agreements for training flight attendants and maintenance engineers on the Dash 8-400. This is part of an overall training program that ensures Porter team members are among the safest in the world.