The order is part of a long-standing agreement between Bombardier and Berlin Transport Authority, under which 137 vehicles have been delivered since 2006 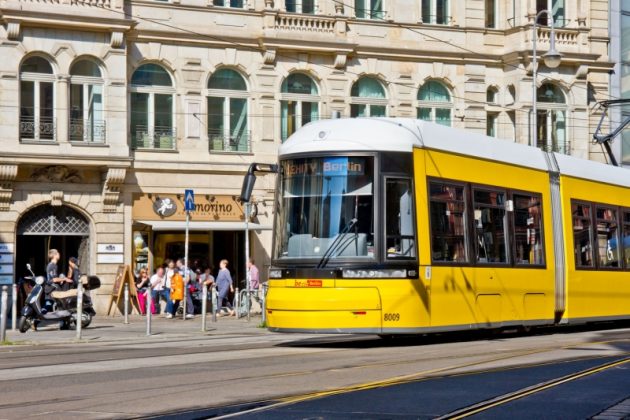 BERLIN—Bombardier announced Feb. 27 that it will provide an additional 21 Flexity trams to Germany’s capital.

This call-off exercises all options from the framework agreement signed with Berlin Transport Authority (BVG) in 2006, for a maximum of 210 vehicles.

The order is valued at approximately US$76 million.

To date, 137 40m-long Bombardier Flexity trams have been delivered to BVG, a fleet which entered service in 2011.

BVG maintains one of the biggest tram networks in the world, and its agreement with Bombardier is one of the largest of its kind in Europe.

“We’re glad to have received this additional call-off. It represents an important milestone in the long-term partnership with our valued customer BVG, and is a strong proof of the passenger-focused features and exceptional performance of the Flexity platform,” said Michael Fohrer, chairman of the German Management Board and president, Locomotives & Light Rail Vehicles.

More than 1,600 Flexity trams have been sold throughout Europe, Asia, Australia and North America.