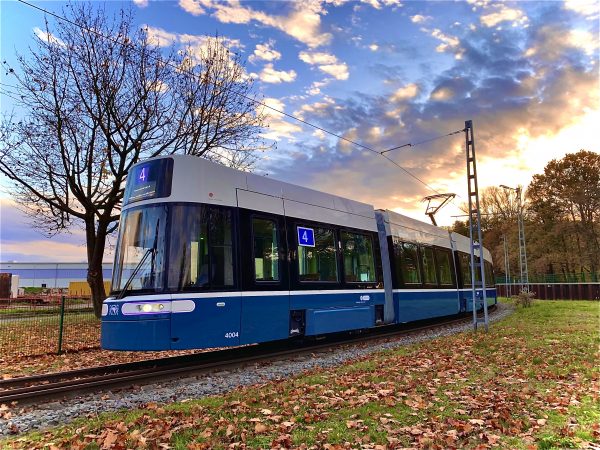 BERLIN — Bombardier Transportation and Zurich Public Transport operator VBZ have signed a contract for 40 additional BOMBARDIER FLEXITY low-floor trams for Zurich. This is part of their previous option from the contract awarded to Bombardier by VBZ in March 2017 for 70 FLEXITY trams with an option for a further 70. Dec. 11’s option for 40 additional trams is valued at approximately 172 million Swiss Francs (160 million euro, $194 million US), excluding VAT.

“I am very pleased that we can now order an additional 40 FLEXITY trams for Zurich as the need for public transport will continue to grow as the population increases. More than 50 per cent of Zurich’s citizens do not own a car, so in order to maintain this high proportion the public transport offer must be attractive to our customers and the new FLEXITY trams contribute significantly to this,” said Dr. Guido Schoch, Director of VBZ Zurich Public Transport.

The first FLEXITY Zurich tram of VBZ’s new fleet, vehicle number 4,001, was delivered to Switzerland in November 2019 for tests on the Zurich network and it began passenger services in October 2020. The FLEXITY Zurich tram was also the recipient of the 2020 Red Dot Design Award for Product Design. This win was a result of the collaboration between design agency Milani, Bombardier and VBZ.