The company's CEO Howard Lance says the move could happen as early as 2019, though no final decision has been made 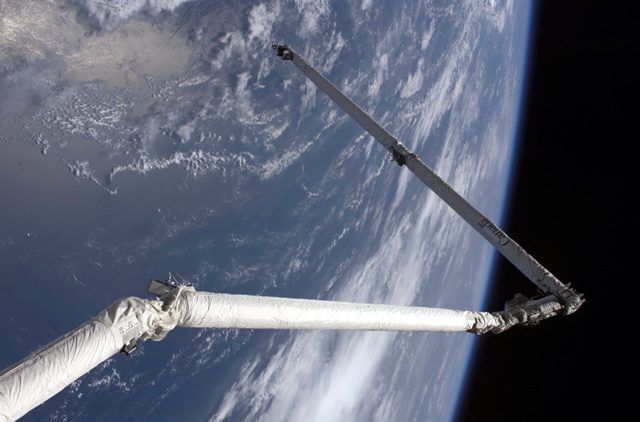 VANCOUVER—Canada’s leader in space technology, MacDonald, Dettwiler and Associates Ltd., may end up moving its head office to the United States within two years, but that’s only one possible outcome of its proposed takeover of Colorado-based DigitalGlobe.

The Vancouver-based company has made a firm commitment that DigitalGlobe’s ultimate parent will be a U.S. company by the end of 2019—although there’s been no decision yet about how that will be done, MDA CEO Howard Lance said late last week.

“The alternatives could include moving the entire top (stock) listing over to the U.S. Or it could include other sub-structures that would allow the continuation of an incorporated entity in Canada,” Lance told The Canadian Press in an interview from DigitalGlobe’s head office.

“There’s lots of ways to accomplish this, but I assure that we are doing this with a mind towards the Government of Canada and our Canadian employees.”

Lance added that MDA has been in contact with various Canadian federal departments, which were advised of the company’s plans for DigitalGlobe before the public announcement.

Earlier, Lance had told analysts on a conference call that the purchase of DigitalGlobe would position MDA to make big advances in the U.S. space technology market. The company has supplied robotics for the International Space Station, the Canadarm for the U.S. Space Shuttle program and satellite-based Earth imaging.

The transaction announced Feb. 24, in which MDA is offering cash and stock worth US$35 per share for its proposed purchase of DigitalGlobe, is expected to close by the second half of this year.

However, given the highly sensitive nature of the technologies involved and the number of approvals required on both sides of the border, the deal has hurdles to jump.

Asked if MDA has received any objections from the Canadian government, Lance told The Canadian Press: “Not that I’m aware of.”

Lance said he thinks the administration of U.S. President Donald Trump will see the deal as positive “based on our ability to bring the U.S. government enhanced solutions to their missions.”

However, Steven Staples, vice-president of the Rideau Institute think-tank, which campaigned successfully against MDA’s proposed sale of its space business to U.S. company Alliant Techsystems Inc., called a potential move of MDA’s headquarters “a complete betrayal.”

“The Trudeau government has completely botched this file by allowing MDA to basically recast itself as an American company,” he said.

The Conservative government killed MDA’s deal with ATK under provisions of the Investment Canada Act in 2008, ruling that it was unlikely to be a “net benefit” to Canada.

MDA says it will continue to employ more than 1,800 people in Canada and will have about 4,600 employees in the U.S. once it completes the purchase of DigitalGlobe, and before any followup reorganization.

DigitalGlobe will initially become a division of SSL MDA Holdings, a subsidiary of MDA that was created last year to control all of its operations in Canada and the U.S.

The company’s CEO, Jeffrey Tarr, said that the deal with MDA will position his company “to reach its next phase of growth and provide greater opportunities for our team members by being part of a larger, more diversified company.”