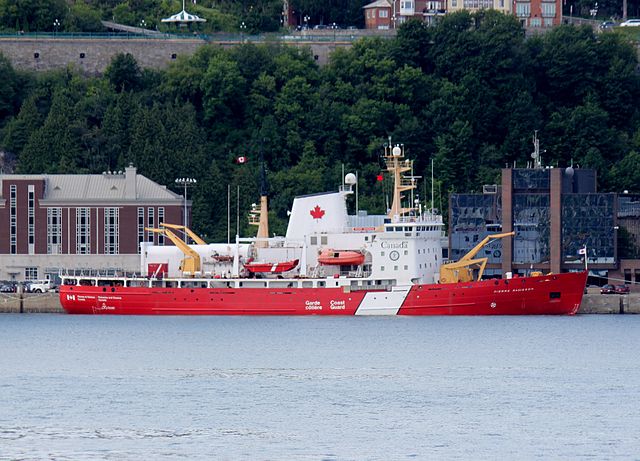 The Pierre Radisson is home-ported in Quebec and has a core crew of 35. It is 98 metres long and was built in 1978. PHOTO: Fxp42, via Wikimedia Commons

OTTAWA—The Canadian Coast Guard is spending $3 million to upgrade the propulsion control system on a nearly 40-year old icebreaker that’s tasked with escorting commercial ships through the Gulf of St. Lawrence and breaking ice on the St. Lawrence and Saguenay Rivers.

The federal government awarded the contract for CCGS Pierre Radisson to ABB Marine Canada, which will carry out the retrofit at its facility in St-Laurent, Que.

“Renewing the fleet is crucial to ensure the Canadian Coast Guard fulfills its mandate to provide for the safe passage of people and goods for generations to come,” Hunter Tootoo, Canada’s minister of Fisheries, Oceans and the Canadian Coast Guard, said. “It’s about equipping the men and women of the Coast Guard with the tools they need to ensure the safety and security of vessels in Canadian waters from coast to coast to coast.”

The Pierre Radisson entered service in 1978, putting its current propulsion control system in its 38th year and making it due for replacement. The system distributes power generated by the ship’s main engines to its electric motors.

In addition to breaking ice in Eastern Canada throughout the winter, the icebreaker also serves in Canada’s Arctic as a shipping escort and search and rescue unit during the summer months.

Along with the Pierre Radisson upgrade, the government contract includes options for ABB to retrofit two other Coast Guard vessels. Work on all three ships is part of a $360 million public investment to extend the life of the Coast Guard fleet.

The design and manufacturing work for the Pierre Radisson is expected to be completed by Dec. of this year, allowing the new system to be installed by June of 2017.