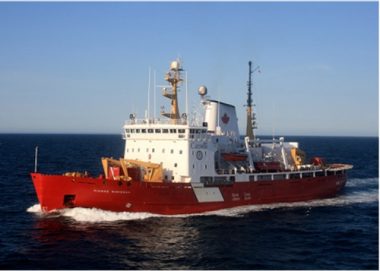 The Pierre Radisson is a mid-sized icebreaker active in the the Gulf of St. Lawrence. PHOTO: Government of Canada

OTTAWA—Mid-sized icebreaker Pierre Radisson is heading into port for $8.7 million of refitting and maintenance work.

The federal government announced Aug. 10 that Verreault Navigation Inc., a shipbuilding and repair firm based in Les Méchins, Que,. will perform a range of repairs on the Canadian Coast Guard ship starting this September.

Among other retrofits, the contract covers steel work, repairs on several of the icebreaker’s tanks, reconditioning of the ship’s helicopter deck and hangar, as well as maintenance work on the Pierre Radisson’s propulsion and steering components.

The repairs are expected to sustain 100 jobs at the Quebec shipyard between September of this year and January 2017.