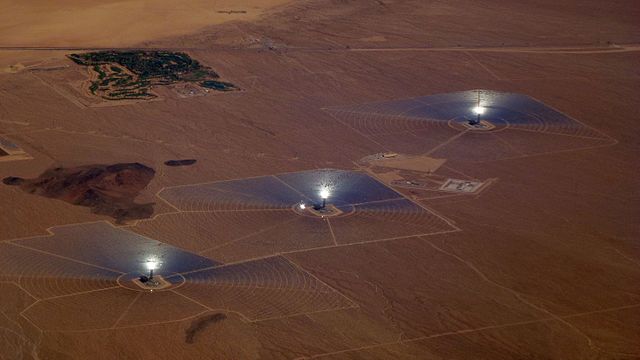 DUABI—After rising to prominence on the back of oil revenue, the United Arab Emirates’ largest city is looking to chart a new course.

The Dubai Electricity and Water Authority (DEWA) has announced plans to build what would today be the world’s largest concentrated solar project (CSP). Slated to become part of Dubai’s Mohammed bin Rashid Al Maktoum solar park—a site about 50 kilometres outside the city centre that already houses photovoltaic technology—the first 200 megawatt phase of the project is scheduled to be completed by 2021.

“Today’s announcement of the first CSP project will be followed by other major projects to diversify Dubai’s energy mix,” Saeed Mohammed Al Tayer, CEO of DEWA. said. “This will contribute to achieving the vision of our wise leadership to make Dubai number one globally, and our vision to become a sustainable innovative world-class utility.”

The project has a 15-year timeline, with the full commissioning of the project not expected until 2030. With other large-scale project cropping up around the world, the long timeline could mean the project will be eclipsed in size in the interim, though it will still be a significant boost for solar technology in the region.

The plant will use heliostats to reflect solar energy toward a central tower, while DEWA is also planning to employ energy storage technology to allow the plant to keep its turbines running and generate power after sunset.

Tayer said the project will help direct the city toward a renewable electricity grid. Dubai is working to generate seven per cent of its power from renewables by 2020, 25 per cent by 2030 and 75 per cent by 2050.