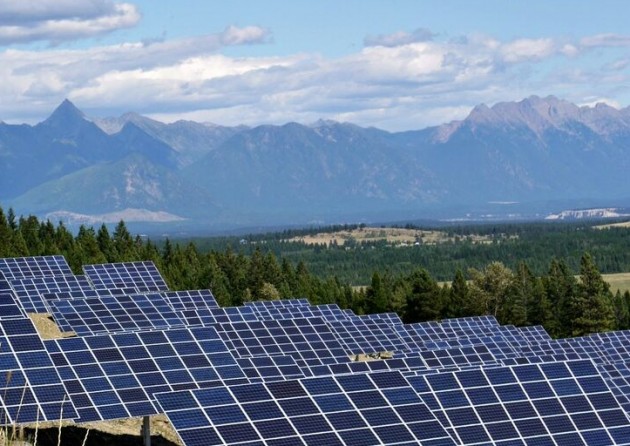 KIMBERLEY, BC—The City of Kimberley has announced the SunMine solar project is commercially operational. The 1.05 megawatt facility is B.C.’s first grid-connected solar project, as well as being Canada’s largest project to use solar trackers.

SunMine consists of 4,032 solar-cell modules mounted on 96 trackers which follow the sun’s movement, thereby maximizing solar exposure. The German-engineered trackers provide as much as 38 per cent more energy than a fixed system. The trackers capitalize on the electricity generated during the morning and evening, peak demand times when BC Hydro has the greatest need for electricity and pays a premium for it.

Production data since June 22nd confirms that the energy being generated by SunMine is exceeding the modeled design potential.

“SunMine is a great example of the resiliency of our community. We are thriving and pursuing new and innovative directions,” Kimberley Mayor, Don McCormick, said.

And even though the project just reached operation, McCormick is already aiming for more.

“Although SunMine is the largest solar facility in BC, it is relatively small,” he said. “As the SunMine proves its potential, the City of Kimberley is looking to expand it and have already had several inquiries from prospective partners.”

SunMine is supplying enough electricity to the BC Hydro grid to power approximately 200 homes.