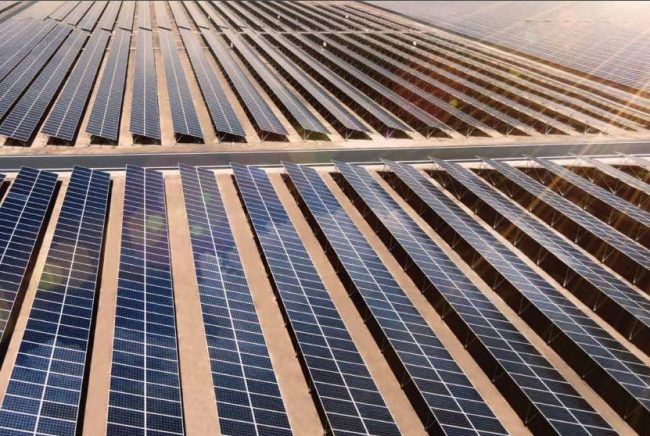 The first phases of the DEWA project include plans for 800 MW of capacity by 2020. Dubai plans to expand the project even further by 2030. PHOTO: Government of Dubai

Also known as the DEWA project, the first phase of the solar park will require 268 megawatts of solar modules.

Canadian Solar did not release the value of the contract, but said it will build 800,000 of its double-glass Dymond modules for the project.

The multi-phase Dubai solar park is expected to produce 800 MW of power overall by 2020, while the UAE city has plans to expand the site even further by 2020. The government-sponsored project is part of Dubai’s effort to reduce its reliance on natural gas and produce 15 per cent of its energy using solar by 2030.

Candian Solar said it delivered the first of the new modules last month.