Morocco's Noor-Ouarzazate to power 1.1 million homes and shift the country away from fossil fuels 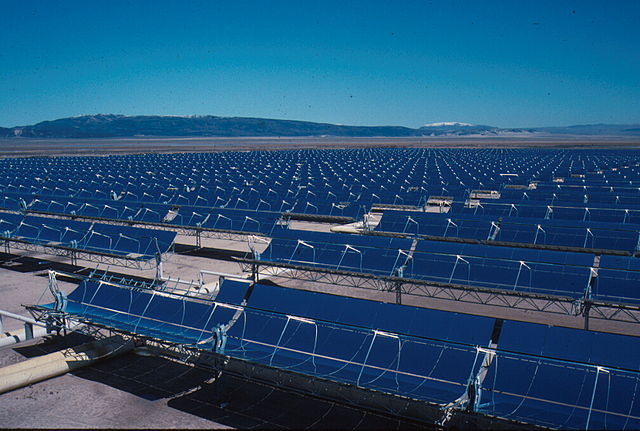 OUARZAZATE, Morocco—A renewable mega-project in the Moroccan desert is preparing to transition a country that generates 97 per cent of its energy using fossil fuels into a clean energy leader.

The first phase of Morocco’s Noor Ouarzazate Concentrated Solar Power Project is slated to go online later this month. The facility’s panels will begin harnessing energy in what is the first stage of a project that will eventually generate 580 megawatts of power, enough to power approximately 1.1 million homes. Noor 1, which will be joined by Noor 2 and Noor 3 by 2020, has an installed capacity of 160 megawatts, according to the World Bank.

“Morocco stands at the forefront of climate-friendly policies in the region,” Inger Andersen, World Bank regional vice-president for the Middle East and North Africa, said late last year. “The country is well-positioned to benefit from its head-start at a time when other regional powers are beginning to think more seriously about their own renewable energy programs.”

The total cost of the project has reached approximately 10 billion euro, according to the African Development Bank, and was funded through a number of initiatives, including the World Bank’s Clean Investment fund.

Unlike many solar projects, which simply use photo-voltaic solar panels to harness energy, the Ouarzazate facility will concentrate sunlight using a series of mirrors. Focusing the energy more intensely allows such plants to produce more power, but is less prevalent as a result of its higher cost.