MHI Vestas says it has amped up its industry-leading eight-megawatt turbine, boosting the 600-foot giant's power output by nearly 20 per cent 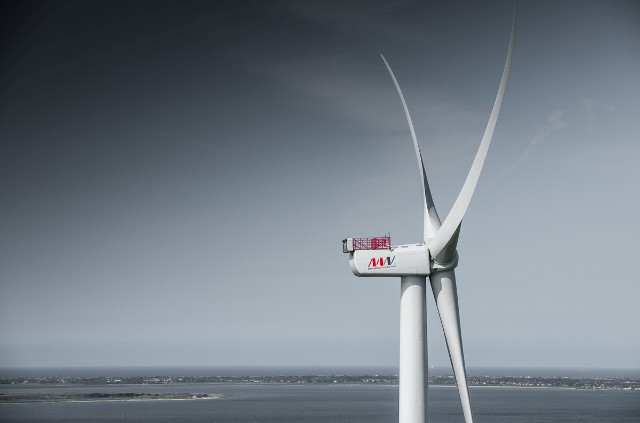 The new turbine has the capacity to power the equivalent of 8,300 U.K. homes. PHOTO: MHI Vestas

MHI Vestas announced this week that its engineers have tweaked the V164 platform, boosting the offshore turbine’s maximum output by about 20 per cent. The upgrades increase the turbine’s capacity to 9.5 MW from 8.0 MW.

Torben Hvid Larsen, the company’s Chief Technology Officer, said his team was able to achieve the power boost with only “minimal design changes.” He credited a redesigned gearbox and upgrades to the V164’s cooling system for much of the energy increase.

While the turbine retains its 262-foot (80-metre) blades, as well as its rotor diameter of 538 feet (164 metres), its nacelle is slightly larger compared to its eight-MW cousin.

MHI Vestas, a joint venture between Japan’s Mitsubishi Heavy Industries and Denmark-based Vestas Wind Systems, says just one of the new turbines can power the equivalent of 8,300 U.K. homes.

Like other countries in northern Europe, the U.K. has been invested heavily in offshore wind energy as turbines become more affordable. MHI Vestas says the supercharged turbine will continue to drive down costs and help it push toward a global expansion.

Take a closer at the race to make turbines taller, more efficient and more powerful.