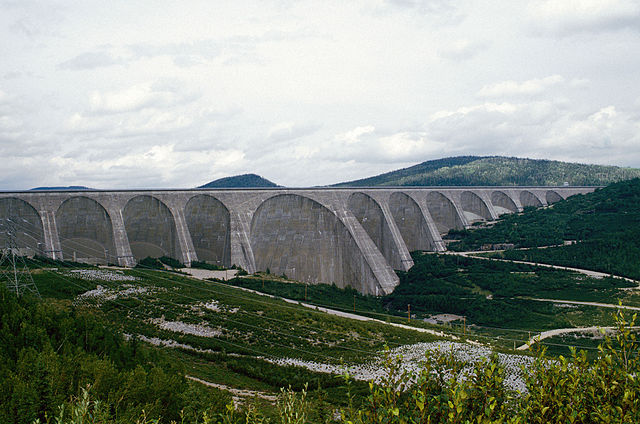 BOSTON—Canadian electricity giant Hydro-Quebec is looking for growth south of the border as one East Coast state commits to cleaning up its grid.

Massachusetts Governor Charlie Baker signed a new energy procurement bill into law Aug. 8 that will allow the state to solicit contracts for up to 1,200 megawatts of new hydro power capacity, as well as 1,6000 MW of offshore wind power. Designed to reduce carbon emissions while addressing the state’s increasing energy costs, the government said the legislation will also create new jobs in the growing clean power industry.

“Massachusetts is always at the forefront of adopting innovative clean energy solutions, and this legislation will allow us to build on that legacy and embrace increased amounts of renewable energy, including hydropower,” Baker said.

Along with the Massachusetts commitment to procure 2,800 MW of new clean energy projects, the bill also sets aside US$10 million to study how the state can best integrate energy storage into its electricity grid.

Hydro-Quebec was quick to congratulate Massachusetts on the new bill, saying it hopes to begin working with the state on developing new sources of clean electricity.

“Hydro-Québec is eager to begin the process of working with Massachusetts to implement the new law and to develop solutions that can meet the goals of the state for clean, stable and reliable sources of electricity,” the company’s CEO, Eric Martel, said.

After pulling out of a range of foreign markets in the early 2000s, the Quebec energy company has recently re-established a growth mandate. As part of its strategic plan for the next 15 years, Hydro-Quebec plans to double its revenue by 2030 by pursuing projects in international markets.