Massachusetts turns to Canada for supply of renewable energy

States in the Northeast U.S. are increasingly looking to import Canadian hydropower as a way to clean up their electricity grids 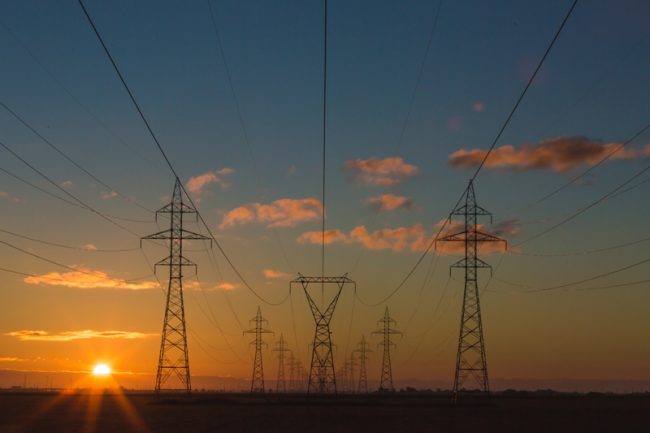 Massachusetts is the latest U.S. state to say it’s looking to Canada for clean power. Several proposed transmission lines would carry electricity south of the border

MONTPELIER, Vt.—A request by the state of Massachusetts for a supply of clean, renewable electricity could give a boost to proposals to carry Canadian renewable energy to southern New England via proposed transmission lines in Vermont, New Hampshire and Maine.

There are a handful of proposals across the three states designed to help energy-hungry states Massachusetts, Rhode Island and Connecticut make use of the renewable energy available in Canada and experts say the Massachusetts request gives a huge boost to those efforts.

“This one feels real,” said Kerrick Johnson, vice-president of the Vermont Electric Power Company, which manages the electrical distribution system in the state.

For years, the southern New England states, faced with the need for new sources of clean power, have been looking for sources of renewable electricity.

As part of that effort last summer, Massachusetts Gov. Charlie Baker, a Republican, signed a law requiring the state to solicit long-term contracts with offshore wind farm developers to bring at least 1,600 megawatts of wind energy, enough to power about 240,000 homes, to the state and 1,200 megawatts of renewable energy, including hydropower, onshore wind and solar power.

Hydro-Quebed and a number of other Canadian utilities have hydro-electric, wind and solar projects that can produce electricity that they would like to sell to the southern New England states and New York. But the challenge has been to get that power from Canada to those areas.

There are a handful of transmission proposals in the three states that could carry that power south.

On March 31, five Massachusetts electric utilities and the state’s Department of Energy Resources issued a request for proposals for projects that would provide the 1,200 megawatts of power, enough to power about 180,000 homes. The proposals are due this summer.

Kevin O’Shea, of the Massachusetts Department of Energy Resources, said the request is an important step toward meeting the state’s clean energy goals.

Donald Jessome, CEO of TDI New England, which has all the needed permits to run a 154-mile (248-kilometre) US$1.2 billion power line down Lake Champlain from the Canadian border and then across the state to Ludlow, where it would hook up to the New England power grid, said his company would be submitting a proposal.

In New Hampshire, the Northern Pass project that hopes to run a 192-mile (309-kilometre) power line from the Canadian border to Deerfield, will also be filing a proposal.

“We intend to respond to it and we believe we are positioned very strongly to respond in a winning fashion,” said Northern Pass spokesman Martin Murray.

This is Round 2 of green power proposals for Massachusetts, Connecticut and Rhode Island.

Last year, the three states selected a half-dozen solar and wind developers for projects totalling 460 megawatts. That was shy of the request for proposal of 600 megawatts, roughly the amount of electricity once produced by the now-defunct Vermont Yankee Power.

Stephan Conant, a senior vice-president with the electrical transmission company Anbaric, which has a proposal to bring power to Massachusetts from northern Maine, said his company would not be submitting a proposal in the current round because the request focuses on the supply of electricity and not how it would reach Massachusetts.

But future proposals for renewable power in southern New England are likely, although he didn’t know how soon they would come.

“There is still going to be a need going forward,” Conant said. “Unequivocally, Massachusetts and southern New England will not meet its (renewable energy) goals without a transmission system to deliver those resources.”