The airships are expected to serve oil and mining operations in Canada's North, Alaska, southeast Asia and the Middle East 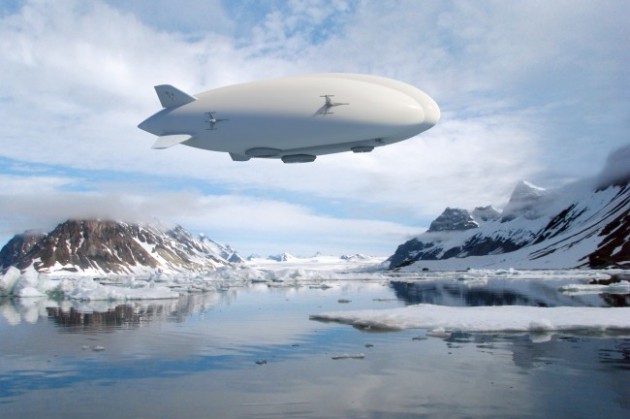 Rendering of Lockheed Martin’s Hybrid Airship. The company has a fully-functional demonstrator and is currently pursuing buyers. PHOTO: Lockheed Martin

CALGARY—The long-held vision of giant airships nearly the length of a Canadian football field delivering workers and supplies to the oilsands and the North’s mining sector is a step closer to reality.

U.S.-based Lockheed Martin has announced it has a letter of intent to sell 12 hybrid airships to Straightline Aviation of the United Kingdom.

Straightline and Hybrid Enterprises, Lockheed Martin’s hybrid airship reseller, are finalizing the purchase agreement, which has a potential value of US$480 million.

Straightline expects to start receiving the airships, which have a maximum speed of 110 kilometres an hour and a cargo capacity of 20 tonnes, in 2018 with the final ones arriving by 2021.

The airships are expected to be deployed in Canada’s North, Alaska, southeast Asia and the Middle East.

“They have to find ways of getting oil out of the ground less expensively, more efficiently, without compromising safety.”

Zeppelins have long been held out as a promising idea to serve as a workhorse in Canada’s North and the oilsands, where huge pieces of heavy equipment often need to be transported to places with no all-weather roads.

“People are waiting for this because they need the economies that it brings and are also happy that the carbon footprint is reduced,” Kendrick said Mike.

The downturn in Canada’s oil sector, where commodity prices have dropped through the floor and thousands of workers have lost their jobs, isn’t expected to hurt business.

“We’ve seen almost the opposite effect that those people in the extraction industry have cut their costs, they’ve cut their head count, they’ve eliminated projects that are cash flow negative,” said Rob Binns, chief executive officer of Hybrid Enterprises.

“No matter what the commodity price they’re going to be in the extraction business, so one of their biggest issues is when they build a new site there’s huge amounts of cash that go out for infrastructure before they see a dollar in revenue _ so this fits into their goals perfectly.”

“We’re aware that part of the world is very sensitive from an environmental point of view. You don’t have to build ice roads or bridges or wait for the environmentalists to give you permission. You can simply land on the ice,” said Dorey.

Binns said the ships can be fitted with tanks to transport diesel to remote areas now serviced by ice roads.

“This is a way to service those mines all year round. With the airships we can deliver to the mines 340 days a year.”