Return of the Zeppelin: FAA green-light puts Lockheed Martin’s airship on track to hit skies by 2018 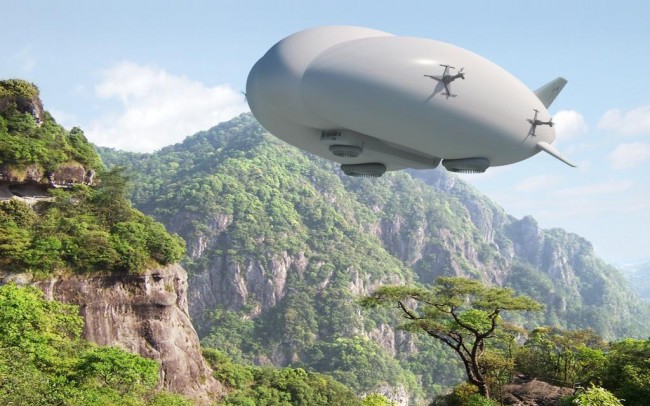 Concept of Lockheed Martin’s Hybrid Airship. The company plans to build a hefty, 21-tonne-payload-capacity version of the technology first, but says scaling its airship up to a stadium-sized 500-tonnes could follow. PHOTO: Lockheed Martin

PALMDALE, Calif.—Steering well-clear of a certain combustible element at the top left of the periodic table and incorporating a long list of other modern tweaks, Lockheed Martin and Hybrid Enterprises are inching closer to bringing the iconic airships of the ’20s and ’30s into the modern era. 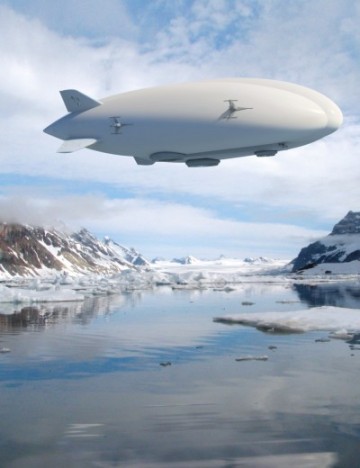 The Hybrid Airship is designed for remote cargo transport, and particularly well-suited for areas such as Northern Canada, where ground infrastructure is sparse. PHOTO: Lockheed Martin

Now cleared to sell its airship for commercial operations, Hybrid Enterprises, which Lockheed has put in charge of bringing the design to market, is ramping up its marketing campaign and looking to pull in orders from companies operating in remote areas such as Northern Canada. Along with the FAA, Transport Canada took an active role in the development of the certification criteria, ensuring the airship will operate safely in temperatures as low as -40 C.

The Hybrid Airship is a product of Lockheed Martin’s Skunk Works, which has developed some of the most advanced hardware to ever to take to the skies, including the SR-71 Blackbird, F-117 Nighthawk and F-22 Raptor.

The new flyer combines buoyant lift from lighter-than-air helium with aerodynamic and direct lift in order to get off the ground. With a hefty payload capacity of 21 tonnes and the ability to land on virtually any surface, including sand, snow, dirt and even water, using its air cushion landing system, the vehicle is designed for transporting both cargo and people to difficult-to-access sites.

“We really envision these aircraft being utilized in remote operations, in support of industrial operations, oil and gas, mining, as well as civil support,” Brian Bauer, chief commercial officer at Hybrid Enterprises, said.

Because of their unique attributes, airships are often able to get to remote areas more cost-effectively than their traditional transport counterparts, and can do it without the major infrastructure investments fixed-wing planes, trucks, trains or ships require.

“You do not have to invest money into an ice road that disappears every three months, or an airfield that’s used for a very short period of time,” Bauer said. 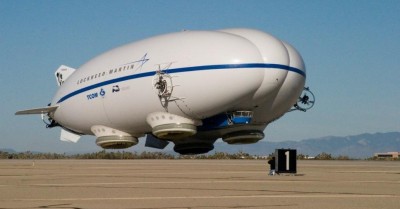 Places such as Canada with harsh climates, enormous tracts of undeveloped land and few roads are ideal for airships, he added. Island archipelagos such as Papua New Guinea, as well as parts of Africa and South America, where infrastructure is sparse, are other regions Hybrid Enterprises is focusing its sales efforts.

In addition to eliminating the need for roads, the Hybrid Airship also uses its inherent buoyancy to cut down on fuel consumption. In a sector increasingly concerned with emissions, the technology could significantly reduce the carbon footprint of shipping products to hard-to-reach places.

After launching the 21-tonne version of its modernized Zeppelin, Lockheed has plans to scale up the technology, which will allow it to take on a larger role across the entire transportation market. The company has drawn up blueprints for a 90-tonne airship, as well as a mammoth 500-tonner. At about 800 feet, the airship would dwarf anything in the skies today and match the size of the largest airships ever built. 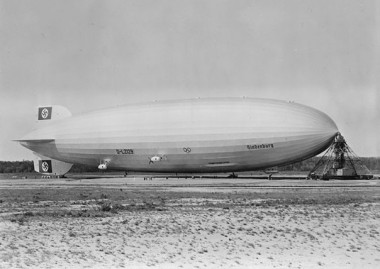 The LZ-129 Hindenburg, the largest airship ever built. This Zeppelin met its spectacular end May 6, 1937. PHOTO: U.S. Department of the Navy. Bureau of Aeronautics, via Wikimedia Commons

“If you imagine a stadium flying away that’s about how big it is,” Boyd quipped.

Lockheed expects companies to take advantage of the larger, more mainstream shipper when transporting products that will traditionally require multiple modality shifts, for example, a product shipped from central China to the central U.S. that must be transferred from train to boat to truck.

Though a stadium-sized Hybrid Airship is still a ways off, Lockheed and Hybrid Enterprises are confident they can deliver operational 21-tonne versions by 2018.

Having secured the regulatory nod, the companies are now focused on getting customers to sign on to buy the US$40 million flyer. Though the airship has a wide range of application across a variety of industries, Lockheed and Hybrid Enterprises expect oil and gas companies as well as mining firms extracting high-value minerals such as gold, platinum and diamonds will be the first adopters of the revived technology.