130 stores across the province are currently stocking tall cans or six-packs. 80 more grocers will be able to sling suds in time for summer 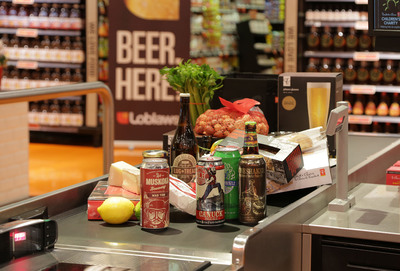 TORONTO—80 more grocery stores in Ontario will be allowed to sell beer and cider this summer.

The provincial government has opened up bidding for grocery stores looking to get in on sales of suds, and will announce the selected locations in May.

The expanded sales began in December 2015, and now 130 stores sell beer and cider—with 70 of those also selling wine.

Beer and cider will eventually be sold in up to 450 grocery stores in Ontario, and wine will be in up to 300 of those stores.

Grocery stores are allowed to sell beer in tall boy cans and six-packs, with Liquor Control Board of Ontario stores selling six and 12-packs of beer, but the foreign-owned Beer Store retains exclusive rights to sell cases of 24.

The grocers have to have designated shelf areas for alcohol and have standard hours of sale.