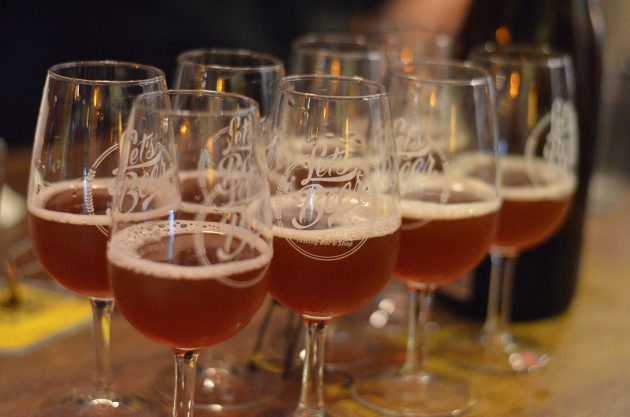 TORONTO – Ontario’s finance minister says the province will be moving ahead with an expansion of beer and wine sales into corner stores, big box stores and more grocery stores, promising the move will cut prices and prevent any potential privatization of the LCBO.

Vic Fedeli said Thursday that the Progressive Conservative government will make good on a pledge made during last spring’s election to offer consumers more choice when it comes to where they can purchase booze.

“Our government is actively working to expand the sale of beer and wine to corner stores, box stores, and even more grocery stores,” Fedeli said during a speech to a business audience in Toronto delivered ahead of his first provincial budget on April 11.

“We made a commitment during the campaign to provide consumers with greater choice and convenience, and we plan on delivering.”

Fedeli gave no timeline for the move but said greater competition in the sector will lower prices for consumers and expand product availability.

The minister also said the government has no plans to privatize the LCBO despite receiving a report last fall that recommended consideration of the sale of some government assets.

Fedeli called the chain of over 600 LCBO outlets a “prestige asset in Ontario” and said a sell-off would not be part of the government’s plan to eliminate a deficit that the Tories have pegged at $13.5 billion.

“We believe this will open it all up without any need whatsoever to privatize that valuable asset,” he said of the move to have alcohol sold in corner stores and big box stores.

Fedeli said the idea of selling government assets to address the deficit won’t help the government in the long run. He said the previous Liberal government’s sale of its General Motors shares and part of its Hydro One ownership stake just temporarily covered for budget problems.

“We have a structural deficit. That means the day-to-day bills that are being paid with borrowed money,” he said. “Selling an asset doesn’t solve that, it only puts a band-aid on it for a year.”

NDP Leader Andrea Horwath said she would be focused on enhancing services for people of the province if she were premier, not expanding access to alcohol.

“We have a government that’s taking teachers out of classrooms, reducing autism services for kids but making sure that we can have beer in every corner store,” she said. “I think they have the wrong priorities.”

Buck-a-beer lowers the minimum price of a bottle or can of beer to $1 from $1.25. Brewers are not required to charge less and the minimum price doesn’t apply to draft beer, nor does it include the bottle deposit.

Interim Liberal leader John Fraser said the move to greater availability of alcohol in corner stores is something that could require more public consultation.

“Change in alcohol and beer and wine (availability) in Ontario has always been very incremental,” he said. “We should talk to people. If we do something like that it has to be done in a responsible way.”

The previous Liberal government had expanded alcohol sales beyond the LCBO during their term, authorizing more than 350 grocery stores to sell beer and cider, and 70 to sell wine.