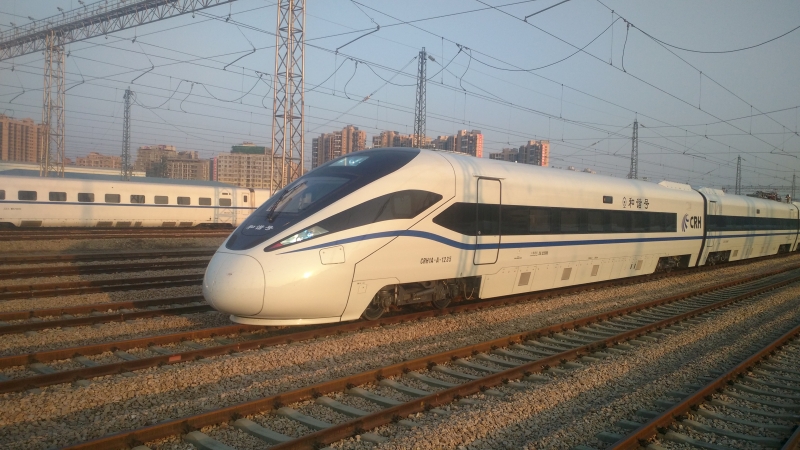 The CRH1A-A train has an operational speed of 250km/h and a light-weight aluminium carbody. PHOTO: Bombardier

These train cars will become part of the ongoing integration of Guangxi’s regional high-speed railways into the national high-speed network. Guangxi, which borders Vietnam, occupies an important hub of tourism, trade and is a critical link with the Association of Southeast Asian Nations.

This contract for five 8-car trainsets is valued at approximately US$79 million and follows a separate contract for 144 high speed cars announced by BST in early March. This is the fourteenth high speed train order that BST has been awarded since 2004.

The CRH1A-A train has an operational speed of 250km/h and a light-weight aluminium carbody. The trainsets are manufactured at BST production facilities in the northern city of Qingdao.

Bombardier Transportation owns 50 per cent of the shares in BST, and the JV is controlled by its partner CRRC Sifang Co., Ltd.

“We have already provided over 3,000 high speed train cars to the Chinese market, and this latest contract is further proof of our ability to consistently leverage our expertise and experience to contribute to the development of local and national economies in regions like Guangxi,” said Jianwei Zhang, president of Bombardier China.