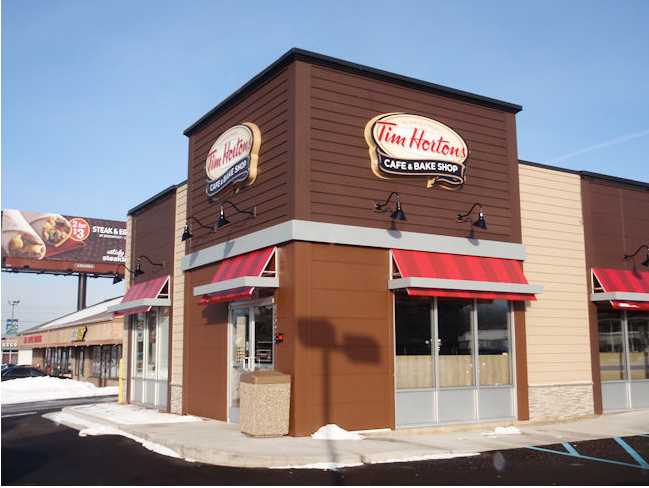 U.S. Tim Hortons franchisees are suing RBI over a contract clause forcing all disputes between the two sides to be handled in a Florida court. PHOTO: Xchap1x, via Wikimedia Commons

TORONTO—Ongoing tensions between Tim Hortons franchisees and the brand’s parent company have spilled over into the United States, where a dissident group of franchisees has filed a new lawsuit.

The Great White North Franchisee Association’s (GWNFA) U.S. branch, a group claiming to represent at least half of Tim Hortons’ owners south of the border, said Thursday that it is suing Restaurant Brands International, which has headquarters in Oakville, Ont., over a contract clause forcing all disputes to be handled in a Miami court.

“RBI claims to be a Canadian-based company to avoid U.S. taxes but yet when franchisees attempt to pursue legal claims against its various brands, including Tim Hortons, RBI takes a conflicting position and claims to be a Miami, Florida based company,” the association’s lawyer Robert Einhorn said in a statement Thursday.

“It uses its forum selection clause in its franchise agreements to force all litigation in its favoured court, the federal court located in Miami. These contract disputes are based on state law and properly belong in the state courts.”

The group, which has vocally opposed RBI strategy, argues that instead, owners should have their dispute handled in the franchisees’ home state.

The company said Thursday it cannot comment on the specifics of the ongoing legal matter, but added the allegations “are completely false.”

“We’re proud of the way we conduct our business, and nothing will distract us from our primary focus, which is serving the needs of our restaurant owners and guests,” it said in a statement.

The litigation follows months of public tension between GWNFA’s Canadian franchisees and the parent company over cost-cutting measures, a $700-million renovation plan and delays in the delivery of supplies.

The group has also backed a franchisee’s class-action lawsuit filed in Canada over the company’s alleged improper use of a national advertising fund.

The tensions pushed Tim Hortons’ franchisee advisory board to write to GWNFA last month pleading with the group to stop airing their complaints publicly because they claimed it was damaging the brand and affecting owners’ livelihoods.

However, Einhorn is hoping the lawsuit will help GWNFA U.S. win another suit it plans to file that accuses RBI of improperly using money from its advertising fund to curb overhead expenses, which he says are unrelated to advertising and the promotion of the brand.

He plans to file the U.S. advertising fund lawsuit after the Canadian case connected to allegations of the company’s improper use of its $700 million Canadian advertising fund wraps up. The GWNFA is seeking $500 million in damages for that suit, which is based on franchisees contributing 3.5 per cent of their gross sales to the fund.

The GWNFA wrote to Navdeep Bains, the federal innovation minister earlier this year, alleging that RBI failed to live up to promises made under the Investment Canada Act in 2014. Bains’ office has said it is looking into the claim.