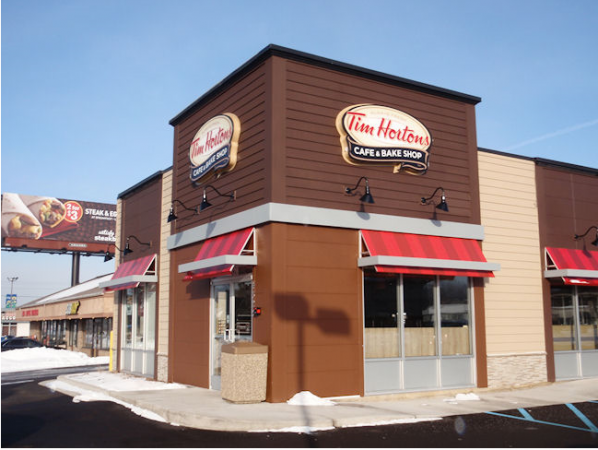 Restaurant Brands International Inc. said Wednesday that it experienced an 87 per cent rise in profits during its second quarter, which ended June 30. The fast food Goliath, which reports in U.S. dollars, earned $167.6 million in its most recent quarter, an increase from $89.5 million in the year-earlier quarter.

The numbers reveal the company is rebounding from months of public feuding with the Great White North Franchisee Association, which claims to represent at least half of Tim Hortons franchisees, over everything from alleged misuse of a national advertising fund to cuts to employee benefits after Ontario’s minimum wage. The numbers also hint that plans for restaurant renovations, all-day breakfast, a kids menu, 1,500 locations to open in China, and delivery and loyalty programs might be winning back franchisees and customers.

“We have seen a pretty big shift for the better in our relationship with our Canadian restaurant owners over the last six months,” said Restaurant Brands chief executive officer Daniel Schwartz, in a call with The Canadian Press, where he noted that while the company has talked about initiatives like all-day breakfast and a kids menu, most were launched after the quarter ended or have yet to be implemented, meaning their full benefits aren’t reflected in profits yet.

“We clearly have more work to do and the nature of a franchised business is that you never really fully catch up on the opportunities that the restaurant owners are bringing forward, but we are definitely headed in the right direction now.”

In the coming months, he teased that customers will hear more about its food delivery pilot which launched with app Skip the Dishes in 148 restaurants across Vancouver, Ottawa and Edmonton last month.

Digital kiosks for ordering are already being piloted, the kids menu and loyalty program are currently in “testing” and restaurant renovations are starting to take shape, he said.

While Schwartz had lots to say about the company’s new initiatives he was much quieter about Mark Kuziora, an owner of two Tim Hortons locations, who was previously involved in a class-action lawsuit against RBI and has alleged that the company told him he wouldn’t have the opportunity to renew his licence for one of the two Toronto locations he owns, when the licence expires on Aug. 31.

“We don’t comment on any ongoing litigation as a policy, but what I can say is that if you step back, there has definitely been a shift back for the better,” he said.

Schwartz pointed out that his outlook on the company was positive, especially after Tim Hortons system-wide sales grew by more than two per cent in the latest quarter.

During the same period, RBI’s other brands Popeye’s Louisiana Kitchen and Burger King saw growth of 11 and eight per cent, respectively.

The fast food giant’s revenue showed a slight uptick to $1.14 billion during the quarter, up from $1.13 billion the year before.

On an adjusted basis, RBI earned 66 cents per share in the most recent quarter, beating analyst expectations for 63 cents per share, according to Thomson Reuters Eikon.